Why Giada De Laurentiis’ Daughter Jade Was a Shock


Many parents will tell you that there is never a “right” time to have a baby, a statement which certainly rings true for the renowned chef, Giada De Laurentiis.

Who is Giada De Laurentiis?

The Everyday Italian chef is a household name for foodies across the world. Giada De Laurentiis is an Italian-American chef, who was originally born in Rome, is the child of two actors: Veronica De Laurentiis and Alex De Benedetti. Her maternal grandfather is film producer Agostino “Dino” De Laurentiis. 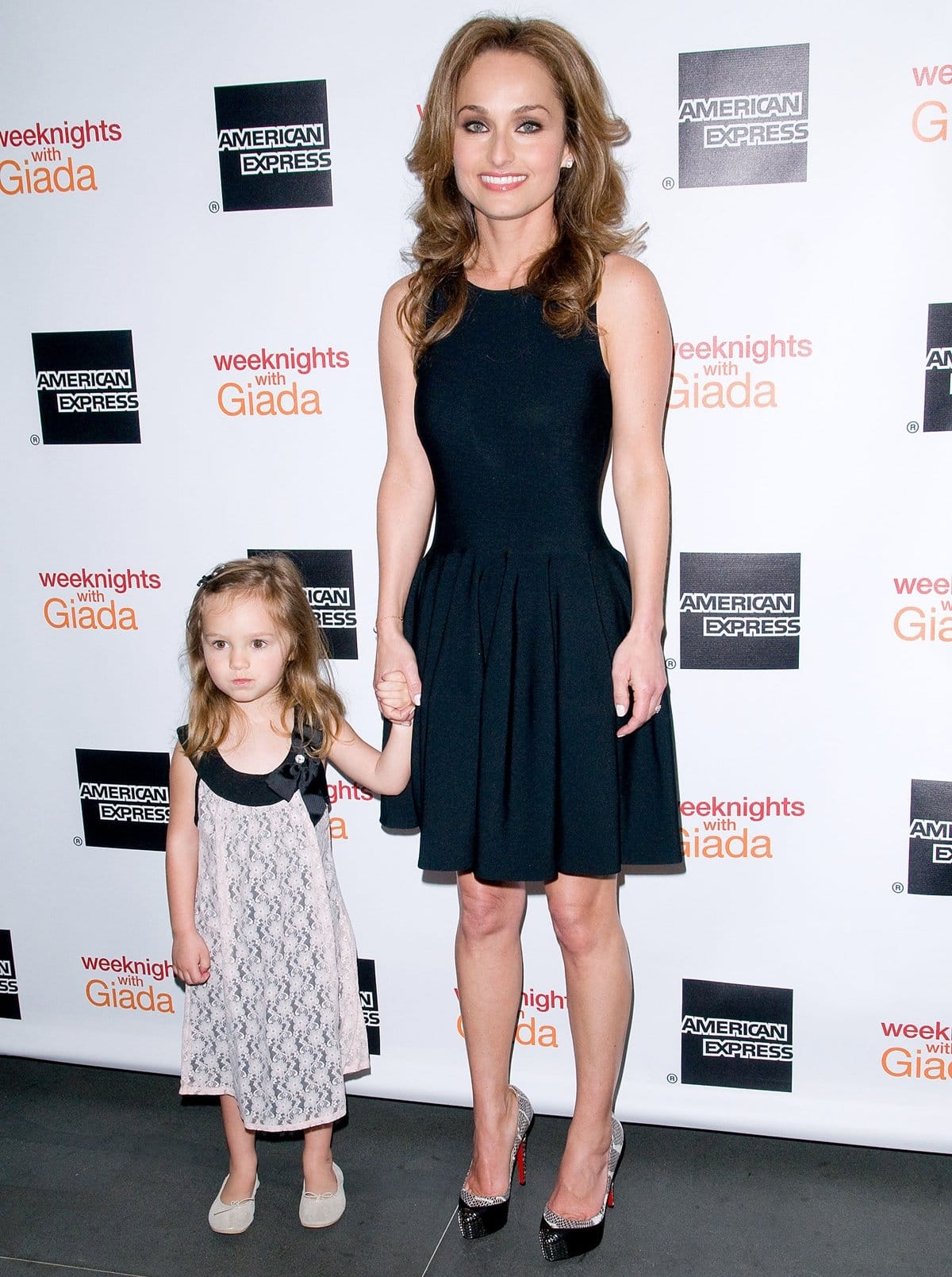 Though her parents spent their time on screen, Giada De Laurentiis was drawn to the kitchen, spending much of her childhood at her grandfather’s Italian specialty foods store, DDL Foodshow, and eventually attending the legendary culinary school, Le Cordon Bleu.

Since then, De Laurentiis has forged her own place in the culinary world, hosting her own show, Giada at Home, on the Food Network and being a frequent contributor on the Today show.

De Laurentiis is comfortable in front of the camera, as she has also appeared in Everyday Italian, Food & Wine, Behind the Bash, and Giada’s Weekend Getaways. 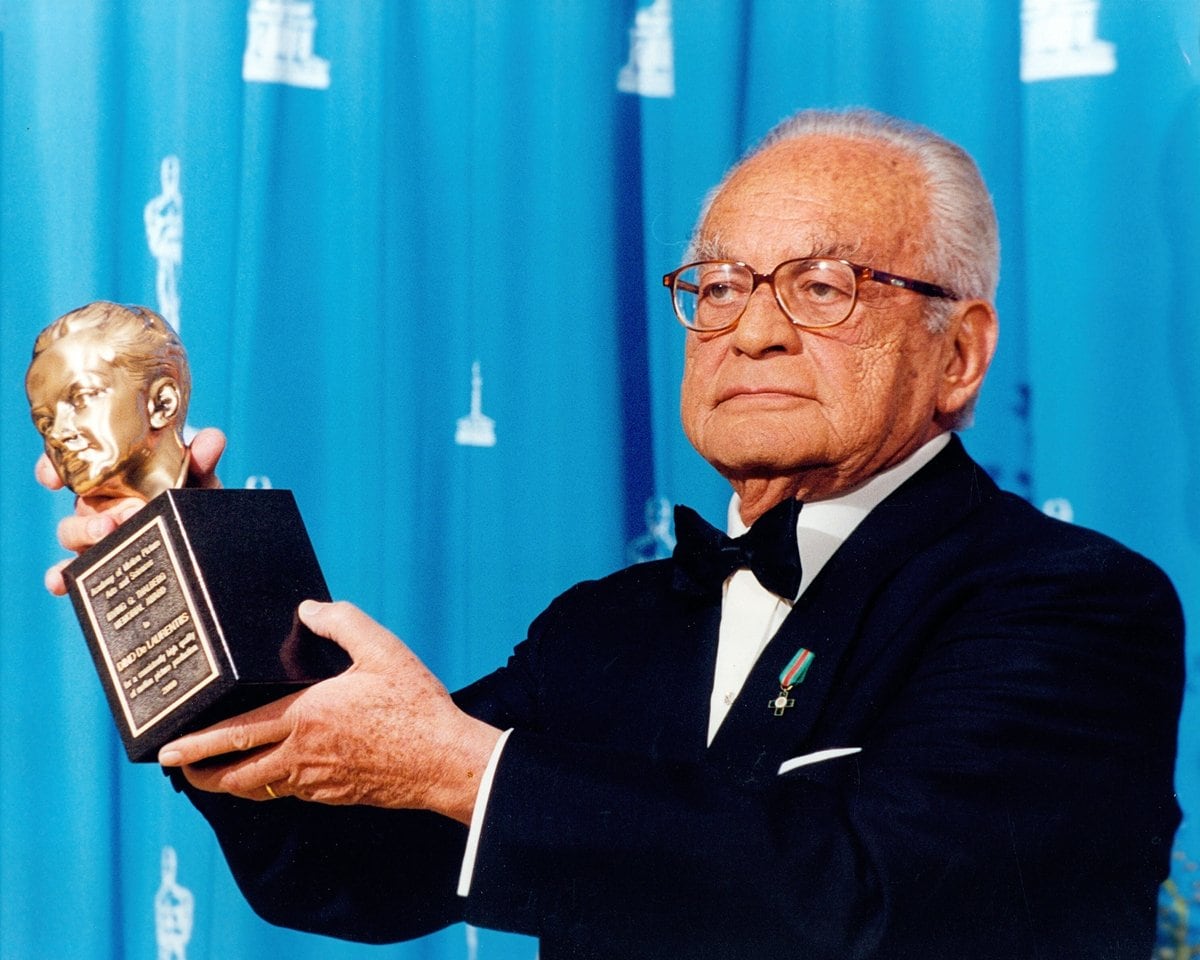 From making meatballs to a bun in the oven

On screen, De Laurentiis’ life seems picture-perfect, but she admits that there have been a few surprises along the way, the most important of which is her daughter, Jade Marie De Laurentiis Thompson, who was born on March 29, 2008, in Los Angeles, California.

At the time, Giada De Laurentiis had been married to then-husband, Todd Thompson, for five years and had been together for a whopping 18 years. Despite fielding questions from family and fans alike if the couple would ever have a baby, De Laurentiis and Thompson had no plans to expand their family. 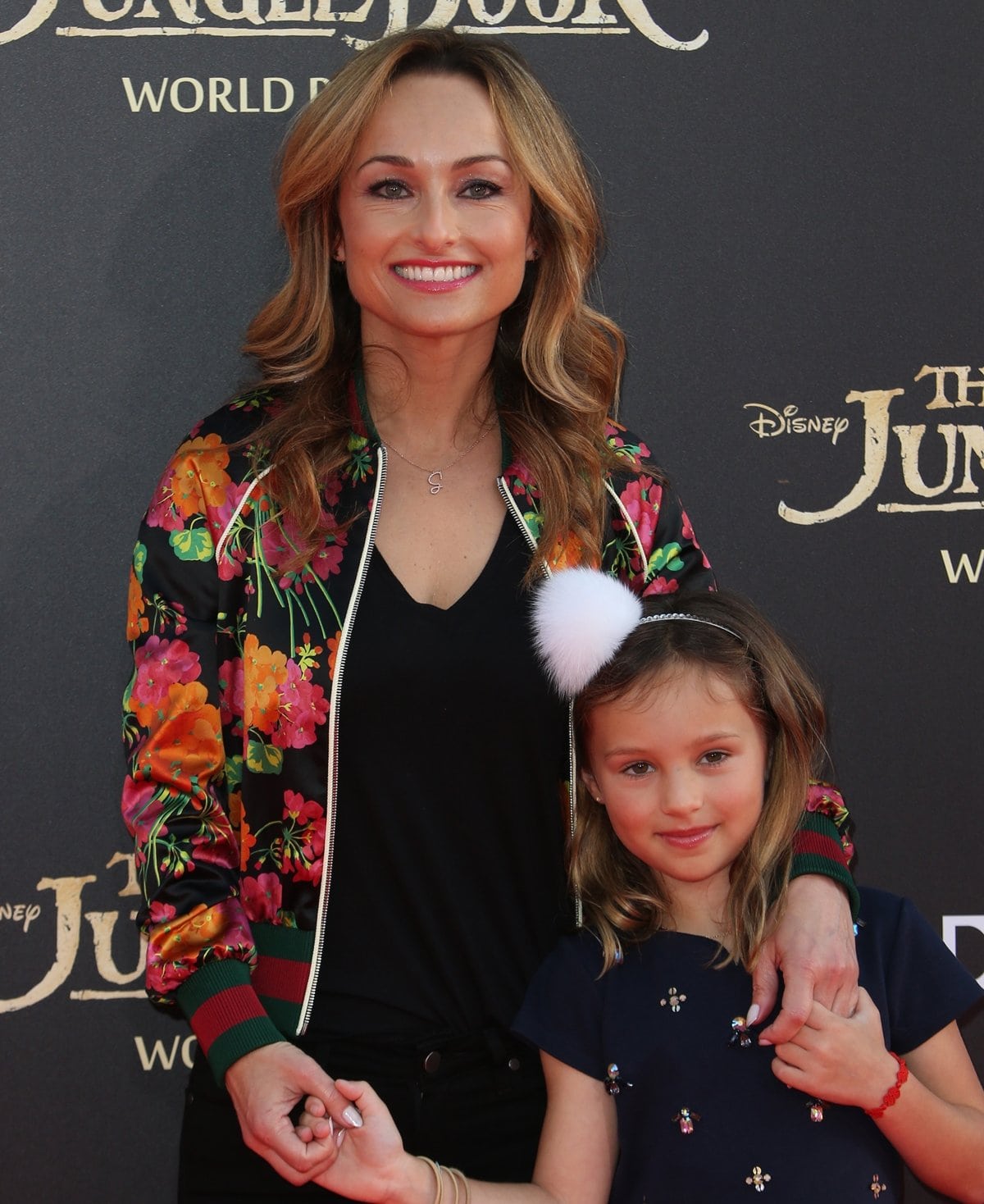 De Laurentiis admits that the death of her brother, who lost his battle with cancer in 2003, was a major reason for her reticence to have a child.

“When my brother died, I was so close to him that I became very vulnerable and I was afraid to open my heart up again. I didn’t want to experience that kind of loss and pain any more in my life, and it took me a while to really think about a child,” she said in a 2013 interview with Parade.

“Well, my daughter Jade just turned 5. She’s probably the best thing I’ve ever done in my life and she’s also opened my eyes up to really enjoying every day and not taking things too seriously. She’s allowed me to love in a full way, which I think that had stopped when my brother died 10 years ago. She’s reopened my eyes to the world around me and my ability to truly love someone again,” Giada added about her daughter. 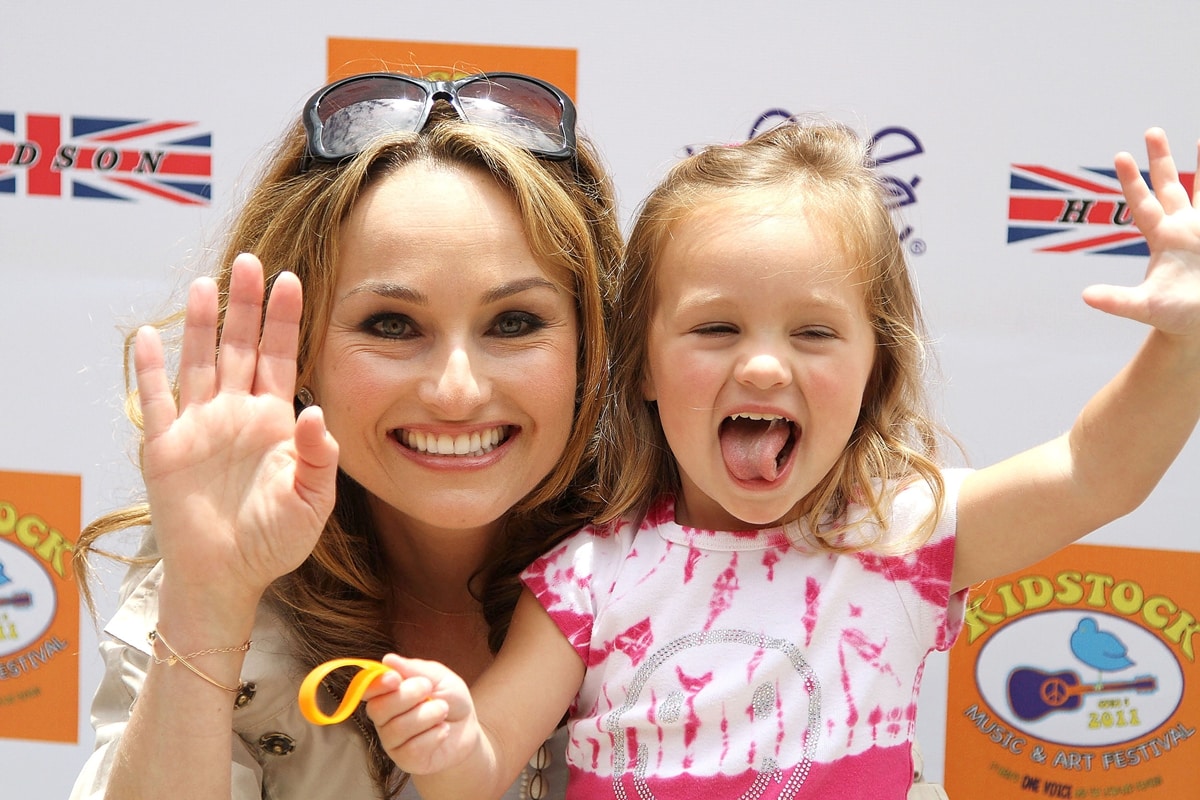 In 2007, when she was 37 years old, De Laurentiis announced that she was pregnant. Fans were shocked, but the chef admitted that she and her husband were, too!

“It was a complete surprise — not planned at all. It was never that we didn’t want children,” De Laurentiis explained to People after her pregnancy announcement, “It was more like, ‘If we have them someday, great! If not, that’s fine too.’”

De Laurentiis says that the new addition to their family was definitely a big change for her and Thompson, who had become accustomed to living life with no strings attached.

“But then Jade came along, and I was very afraid, and so was Todd,” she admitted in an interview with Redbook. “What would happen to this life we had created, where we’d just take off for Santa Barbara for the weekend?”

Despite her initial nervousness surrounding opening her heart (and lifestyle) to a child, De Laurentiis fell completely in love with her daughter, Jade Marie De Laurentiis-Thompson, who is named after herself. Jade just happens to be Italian for Giada.

A partner in the kitchen and life

Since then, Giada De Laurentiis and her daughter Jade have been inseparable, and Jade has even inherited her mother’s love for cooking. “I’ve gained a partner in the kitchen, as little as she is. It warms [my] heart like nothing else,” De Laurentiis said in an interview with Today when Jade was only three months old. That initial interest never went away, either.

“I thought maybe she wouldn’t want to cook like me because she’d want to do her own thing, but she’s so into what I do and wants to be by my side every day,” De Laurentiis told Parade.

Giada De Laurentiis is often traveling across the world for her work, but her daughter gets to come, too, telling People, “Jade knows her mother works and travels, and she travels with me.” 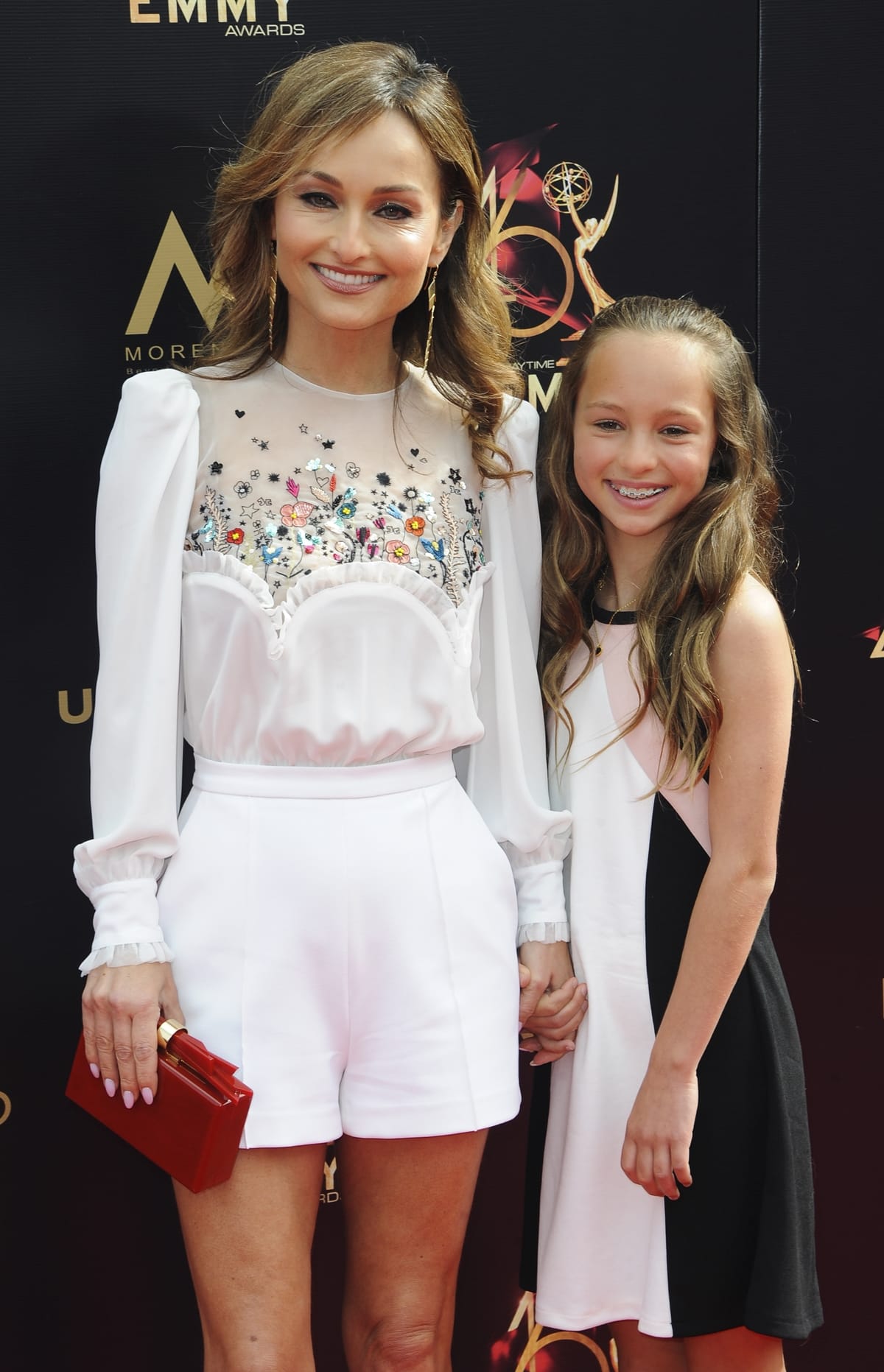 “It’s tricky, but I take it day by day,” De Laurentiis said about balancing work and motherhood, “I try to schedule my time so if I do come to New York for something, I bang it out and then I go home.”

Though De Laurentiis and Todd Thompson divorced when their daughter was just six years old, it has not seemed to affect their relationship with Jade. “We live a stone’s throw away from each other, like five minutes, which has really helped keep Jade stable and just keep her environment as similar as possible at both places,” De Laurentiis said in 2017.

“I know I’m her mother, but she’s become my best friend,” De Laurentiis said. “We have so much fun together… I didn’t think it was possible, but we laugh so much, and she’s so inquisitive.”

Being a role model and a hot mom

Giada De Laurentiis is gorgeous, but despite being considered a “sex symbol” on the Food Network, it took her a while to be comfortable with the way she looks, and she credits Jade for helping her become confident.

“It’s only been the last five years that I’ve become comfortable with that,” De Laurentiis admitted. “A lot of it has come with age and being a mom. I felt like I had to show Jade that her mom is proud of who she is.”

De Laurentiis’ confidence shines, evident through her sexy yet classy look for the 2021 Daytime Emmys. She wore a gorgeous tea-length black dress with intriguing cutouts by Aje.

Though the dress itself was understated, De Laurentiis paired them with intricate snakeskin d’Orsay pumps by Gianvito Rossi that added height to the chef’s 5’2” stature. 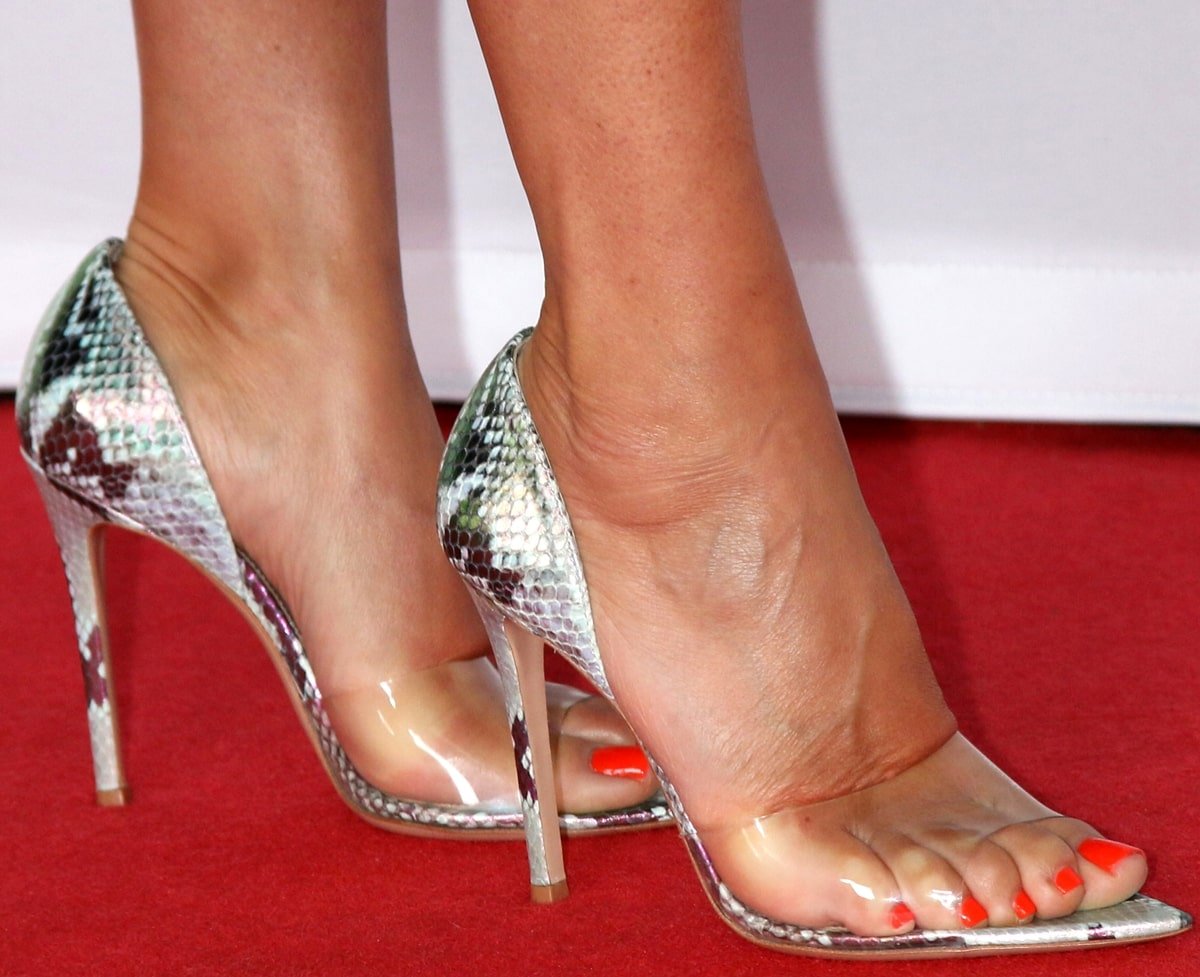 Giada De Laurentiis’ daughter Jade must be proud to know that her mom has made an effort to be such a positive role model in her life. 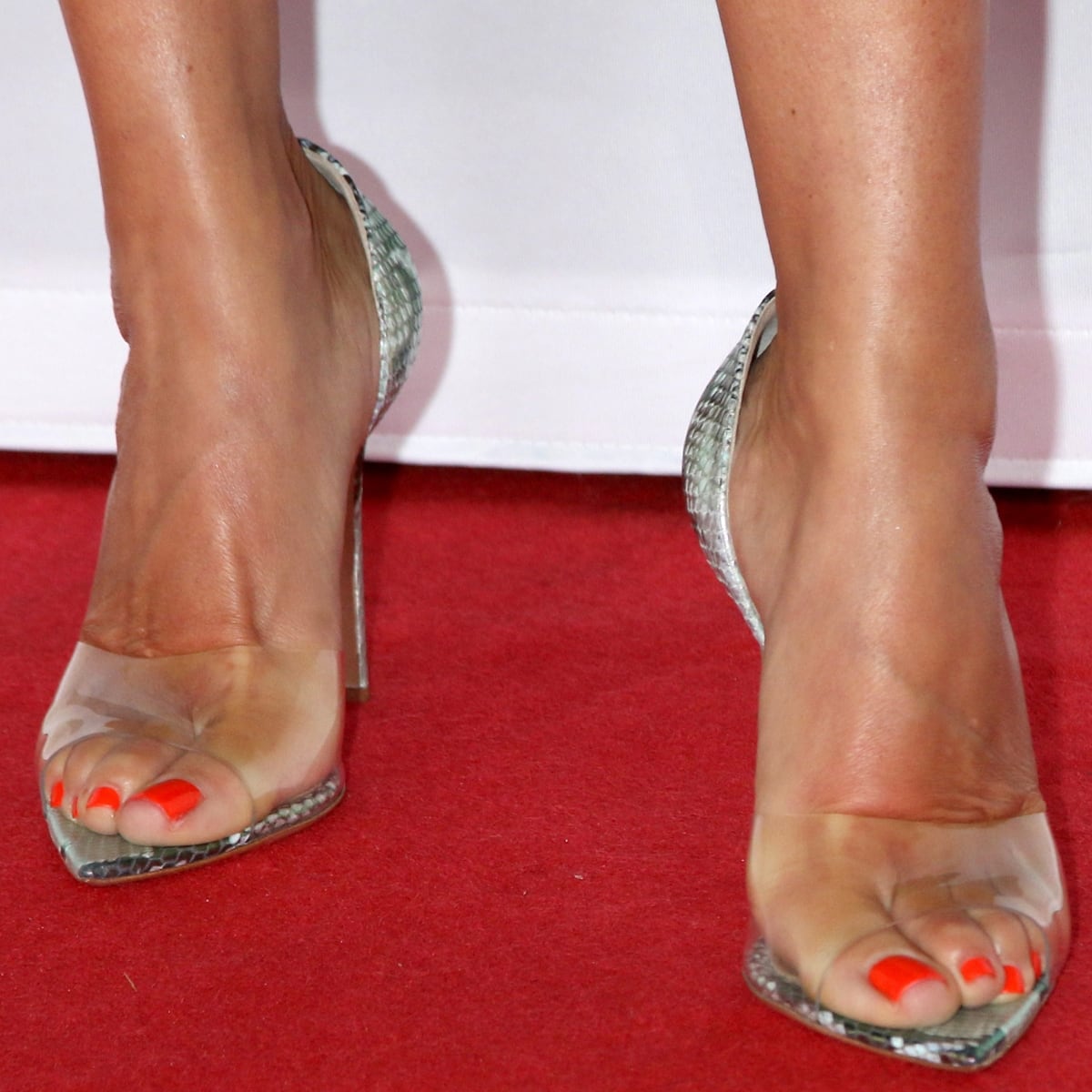 7 Wardrobe Staples for Women to Wear Over and Over