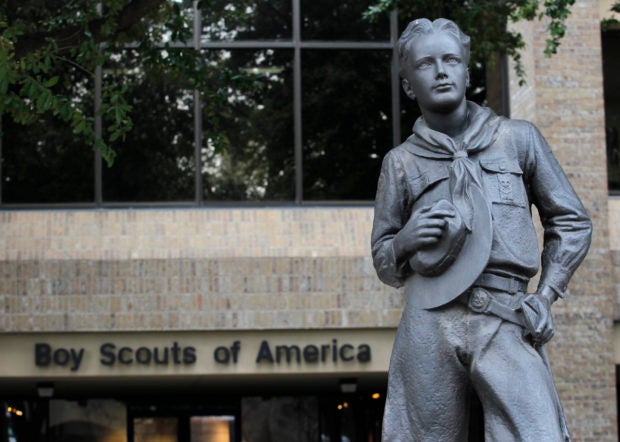 FILE PHOTO: The statue of a scout stands in the entrance to Boy Scouts of America headquarters in Irving, Texas, February 5, 2013. REUTERS/Tim Sharp

UNITED States — The judge overseeing the Boy Scouts of America bankruptcy on Thursday approved the youth organization’s request to sign off on an $850 million settlement to resolve tens of thousands of sex abuse claims.

The ruling by U.S. Bankruptcy Judge Laurie Selber Silverstein of Delaware will enable the Boy Scouts to move ahead with a proposed reorganization plan that would allow the group to exit bankruptcy by the end of the year.

“I find that debtors have met the relevant standard,” she said in a court hearing.

Founded in 1910, the Boy Scouts filed for Chapter 11 bankruptcy protection in February 2020 after being hit with a flood of sexual abuse lawsuits.

The Boy Scouts have apologized and said they are committed to fulfilling their “social and moral responsibility to equitably compensate survivors.” The organization has said “nothing can undo the tragic abuse that victims suffered” and that it believed the bankruptcy process was the best way to compensate them.

The settlement is backed by 250 local councils but opposed by insurers, who say representatives of the abuse claimants had too much say in the negotiations.

The Boy Scouts’ insurers, which include Century Indemnity Company and Hartford Financial Services Group, had opposed the deal, arguing throughout the bankruptcy process that some claims may be fraudulent.

About 82,000 sex abuse claims have been filed against the Boy Scouts.

In addition to the $850 million, the settlement includes the creation of a “child protection committee” designed to ensure safety for Scouts in future.