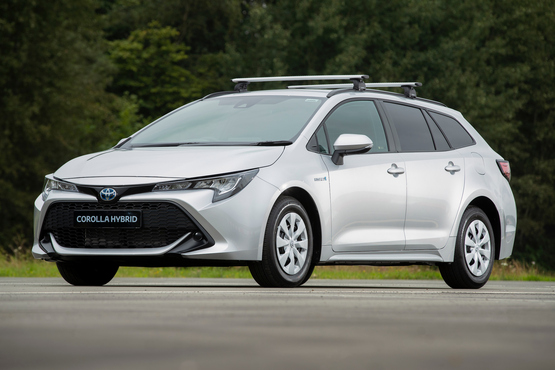 Toyota is expanding its Corolla production in Burnaston with a new hybrid commercial van version that will launch in summer 2022.

The new model will make its debut at the Commercial Vehicle Show in Birmingham and the Japanese brand said it will be the first full hybrid electric van in its class, using the same self-charging technology as the Corolla hatchback and Touring Sports passenger models.

Initially a single version of the Corolla Commercial Hybrid Electric Van will be offered, with specifications to be announced nearer the time of order books opening, expected to be later this year.

Indicative pricing, subject to confirmation, is £22,134.

Corolla Commercial is based on the Corolla Touring Sports 1.8 Hybrid model, with the rear seats removed and replaced with a load area.

Performance and load-carrying capacity specifications are yet to be homologated, but Toyota estimates combined cycle (WLTP) fuel economy of 55.3 – 62.7mpg with 102 – 115g/km CO2 emissions. Towing capacity, again a provisional figure subject to homologation, will be 750kg (braked).