Audi’s Q7 was the most desirable used car to close out Q3, with premium SUVs taking up 20% of the top 25 models in September.

The increasing desire for used EVs and hybrids raised the bar in September with the Tesla Model 3, Toyota Prius, Hyundai Ioniq and the Lexus RX all featuring.

This is the largest number of low and zero emission used cars that have appeared in the index since its inception.

A number of mid-sized hatchbacks also appeared in the list for the first time reinforcing the demand for lower price family cars such as the Toyota Auris, MG3 and Citroen DS5 in the index.

Premium brands and SUVs have increased in desiribility as used models for the last several months as the new car market has faced pressure on delivering new product due to semi-conductor shortages.

Martin Potter, Aston Barclay’s managing director – customer said: “Our latest index highlights the continued desire for premium SUVs in the used car market and it was good to witness the growing demand for hybrid and zero-emission used cars in September as more consumers consider moving away from petrol and diesels for the first time.

“With the extended new car lead times currently facing the industry consumers have switched their focus to the premium used car market.

“Dealers continue to compete for the same stock to satisfy consumer demand which is fuelling price rises in the market.”

Aston Barclay’s index takes into consideration three key metrics: web views prior to sale, number of physical and online bids per sale, and the sale price achieved as a percentage of CAP average. 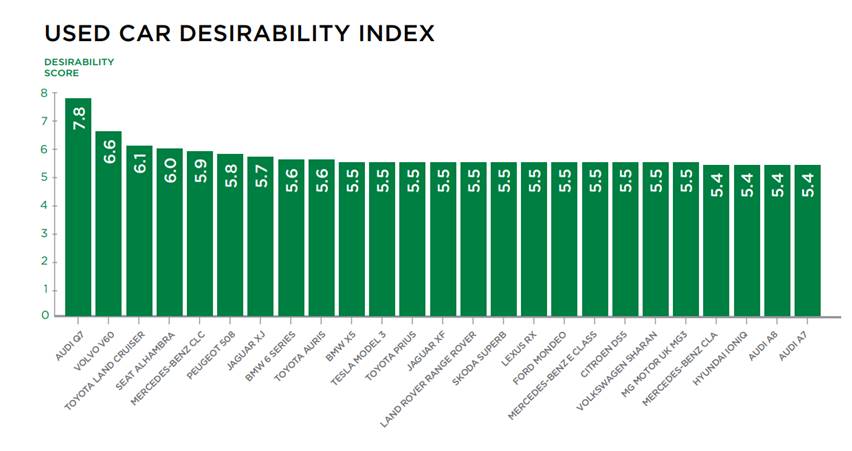 I Tried On The Frankie Shop's New Arrivals—Here's My Haul