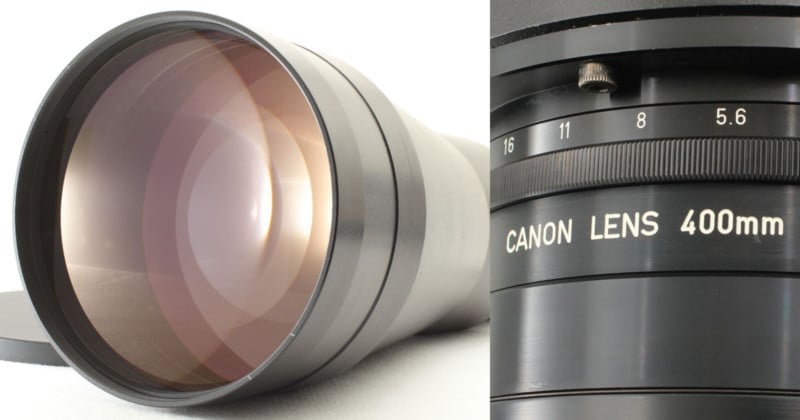 Filmmaker Joel Honeywell has a fascination with rare and unusual lenses, and after seeing a one-of-a-kind 400mm f/2 Canon lens for sale on eBay, he realized he had to have it.

Based in London, Honeywell is a cinematographer who has historically focused on a lot of short-form projects before recently breaking into more long-form narrative work. He says he takes inspiration for his work through everyday moments in life, visual experiences from traveling, and looking at photography as well as paintings.

He tells PetaPixel that he started collecting old lenses a long time ago, after stumbling on old articles by Ken Rockwell when he was looking to purchase affordable lenses for his Canon 7D — a camera he bought with some extra money he had on hand while studying in college.

“That camera was kind of revolutionary to how I make images, it also democratized the filmmaking entry route, as more people were able to simply pick up a consumer digital camera and make stuff,” he says. “The first lens I purchased was a Cooke S2 32mm Lens, from a private seller on a camera forum, for about £200 — with a plan to rehouse it. I think I sold it not too long after that, as I really only used it for free lensing/lens whacking, and at the time, couldn’t afford to rehouse it or mod it to be EF mount.”

Honeywell says that as time passed, he started working with many different cinema lenses on set and looked at interesting approaches in how to use different glass to achieve different effects. He says that different lenses carry distinctive characteristics, and as such has led him to seek out unusual optics for his work.

“What’s great is, with all the different glass out there, paired with the different cameras, (which you treat like different film stocks), combined with different lighting approaches, you are able to create stretch the tools you have and create a variety of different looks and feelings for your audiences. Storytelling has taken another leap forward,” he says.

Recently, Honeywell spotted a lens he had never seen before on eBay: what the seller purported to be a 400mm f/2 lens from Canon, listed as “one of a kind.” 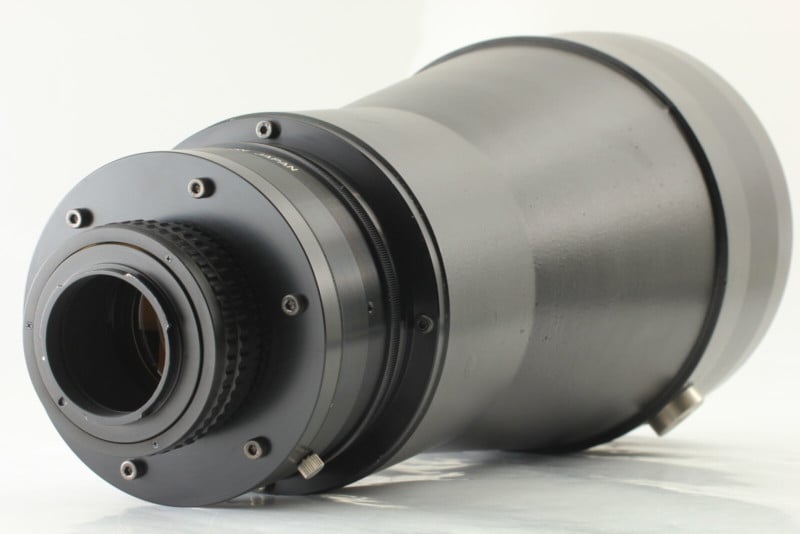 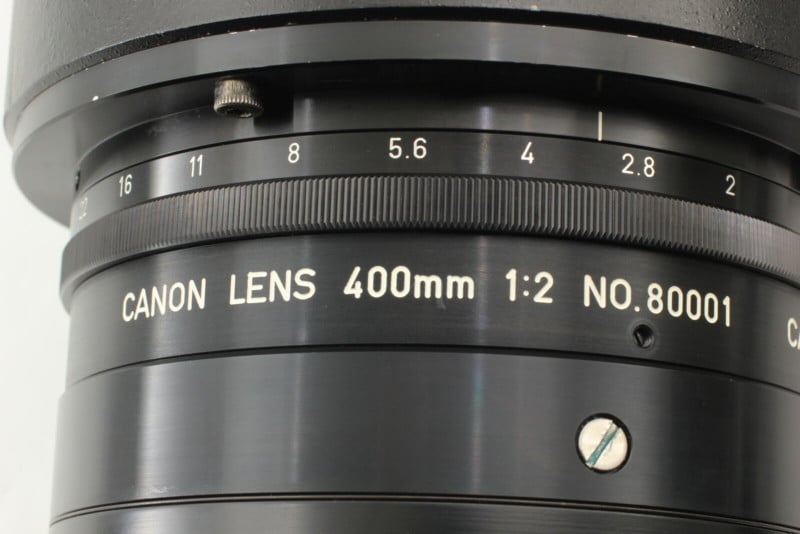 The giant lens caught Honeywell’s eye because not only had he never seen anything like it before but also because there is nothing remotely close to the f/2 speed at the 400mm focal length that he was aware of made by modern lens manufacturers for either stills or motion capture.

The lens was described by the seller as the “only” 400mm f/2 lens made by Canon and is a custom-made product. In its current state, the lens has been modified to accept EF mount, though the original mount is unknown.

In fact, there is a lot unknown about this colossal lens.

Over the past several weeks, Honeywell and PetaPixel have gone to great lengths to officially identify the lens, with no success — even Canon was unable to provide any information on it, lending credence to the initial claim that it was a custom-made lens that, while produced by Canon at some point, is one-of-a-kind. 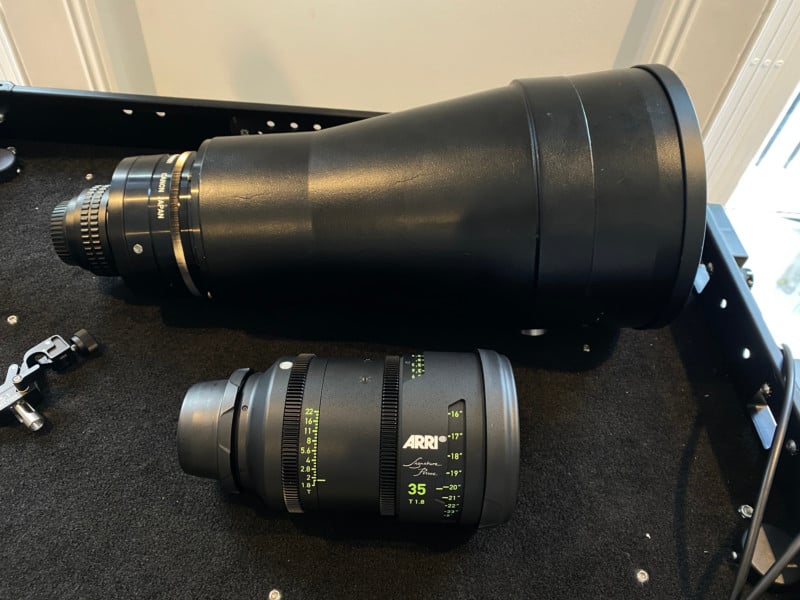 What is known is that the lens is massive. It weighs about 24 pounds (11 kilograms) and the front element is about 7.9 inches (20 centimeters) across. The lens construction is also unusual, as it is focused from the back. It features an aperture range for f/2 through f/22. 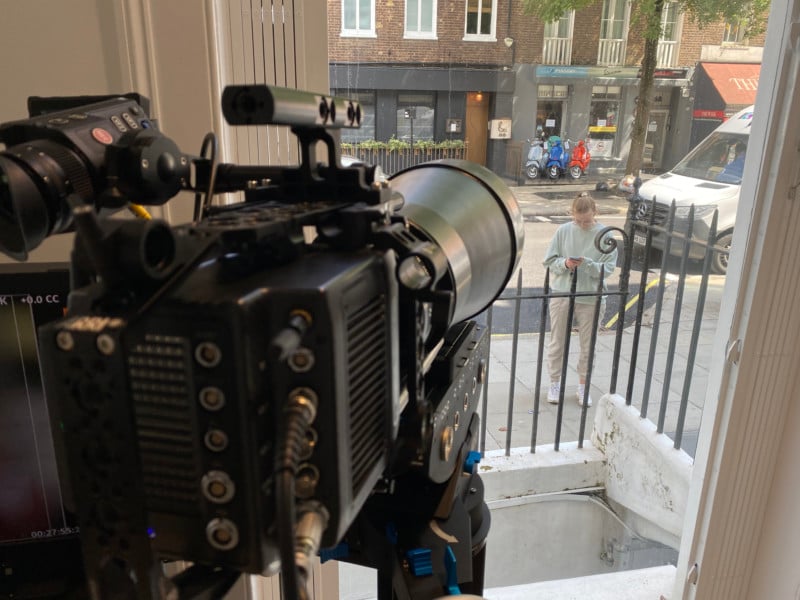 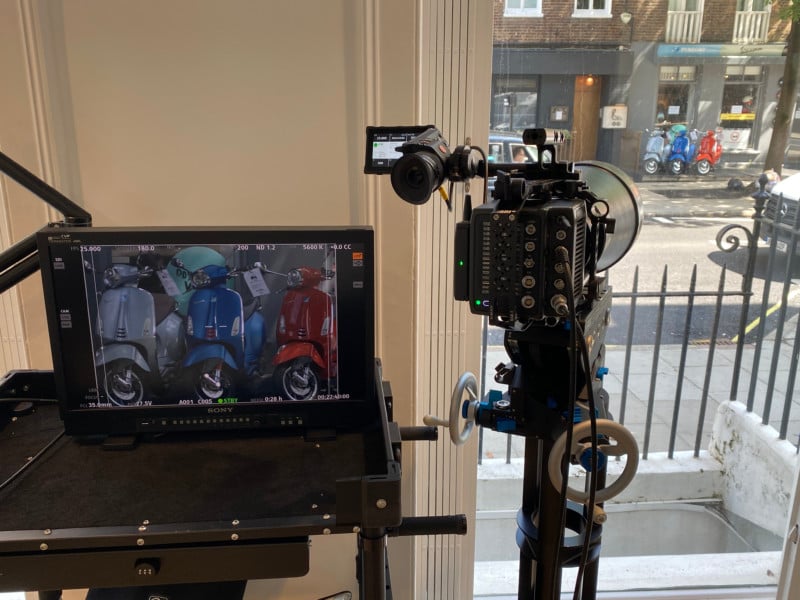 The seller believes the lens was originally designed to capture photo-finishes of races, though it is unclear how reliable this is based on how much the seller did not know about the lens. While possible as the speed might be necessary for fast framerate capture, its mix with the focal length would make it challenging to capture a wide enough plane of focus for that application.

According to a colleague of Honeywell’s, the direction of the aperture ring, font type, and design of the rear block makes it look similar to a K35 design from the 1970s, which lines up with the seller stating the lens is from the 1970s. That colleague also states that the barrel and shell is more reminiscent of a military lens rather than a lens for sports photo finishes.

“I believe the lens could have been used for military surveillance,” Honeywell says. “The current housing, weight and thickness, the lack of information on the lens, and the added fact that the serial number designating it is either the first of its kind — or the only one — all implies to me that it was built to be put through some rough environments and testing sites.”

Another explanation is that the lens was designed for industrial or medical purposes. Whatever the case, positively identifying the lens and the reason it was constructed has proven difficult, and there is thus far no reason to question the seller’s claim that it is one-of-a-kind.

Below are some still capture examples from the video above that Honeywell has provided that show the image quality of the lens in use: 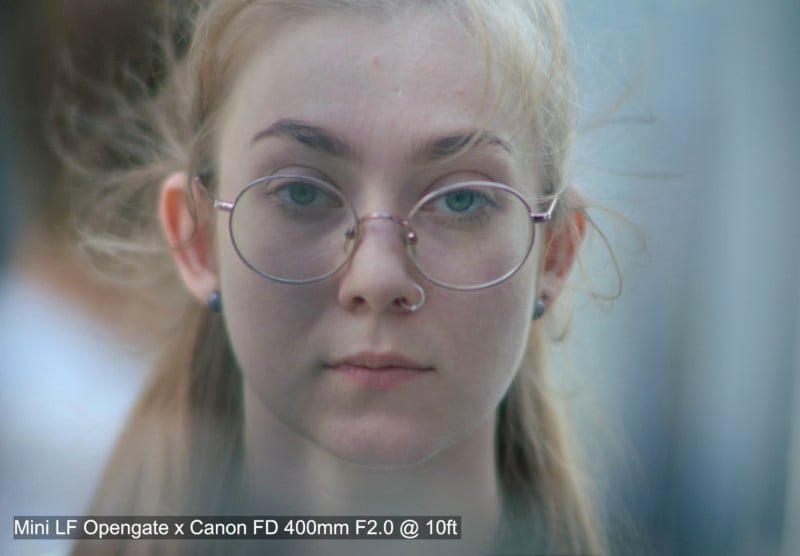 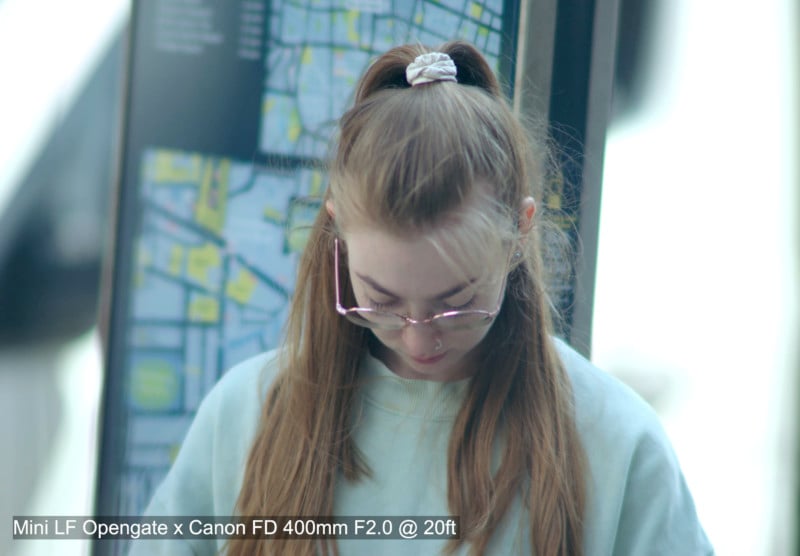 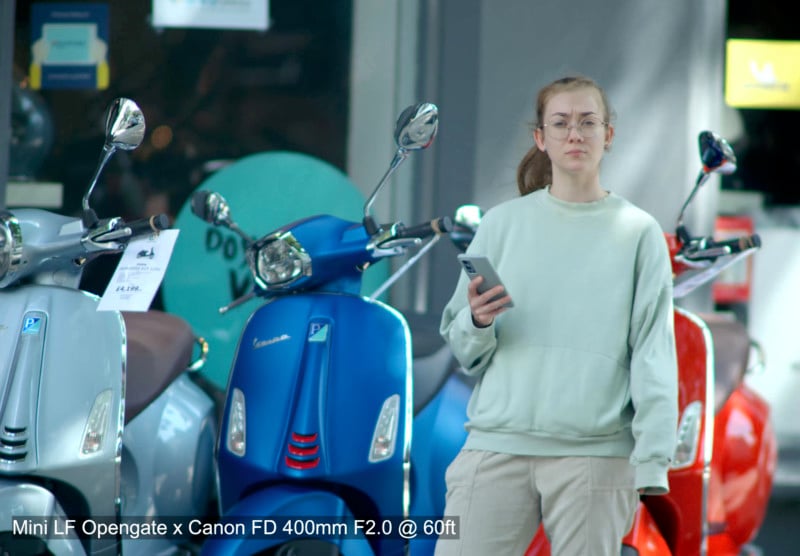 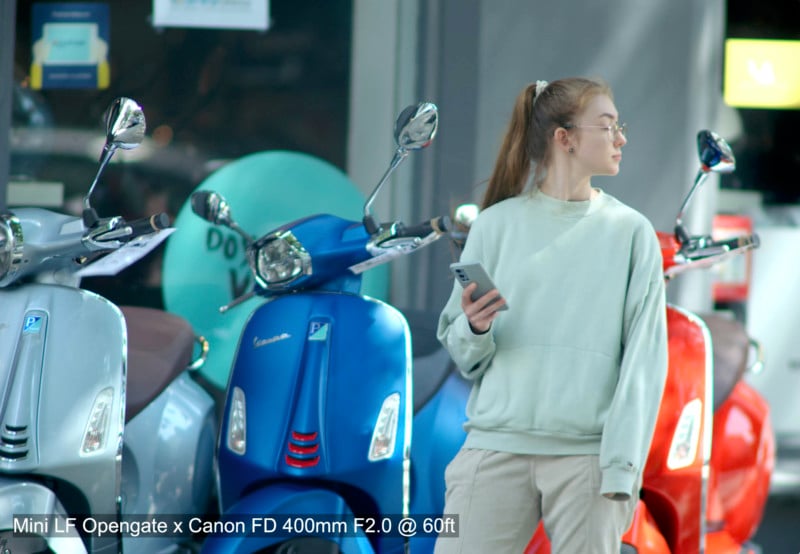 Honeywell says that while he has used it in its current form, he plans to have it rehoused to make it more friendly for filmmaking which includes rehousing it and changing the mount from EF to PL. “I plan to send the lens to my friend Alex Nelson, who runs Zero Optik in California. He will redesign and build a new housing for the lens to be on-set friendly for shooting, and ship it back so I can put it through its paces,” he says. “I’ll also make it available to hire to other productions for projects, as I do believe others should be able to experience the lens.”

14 Famous Nature Photographers (& How Much They Earn!)