Opting once again not to show her face, Kim Kardashian wore a burqa-inspired all-black outfit at the 2021 Met Gal held on Monday at the Metropolitan Museum of Art in New York City. 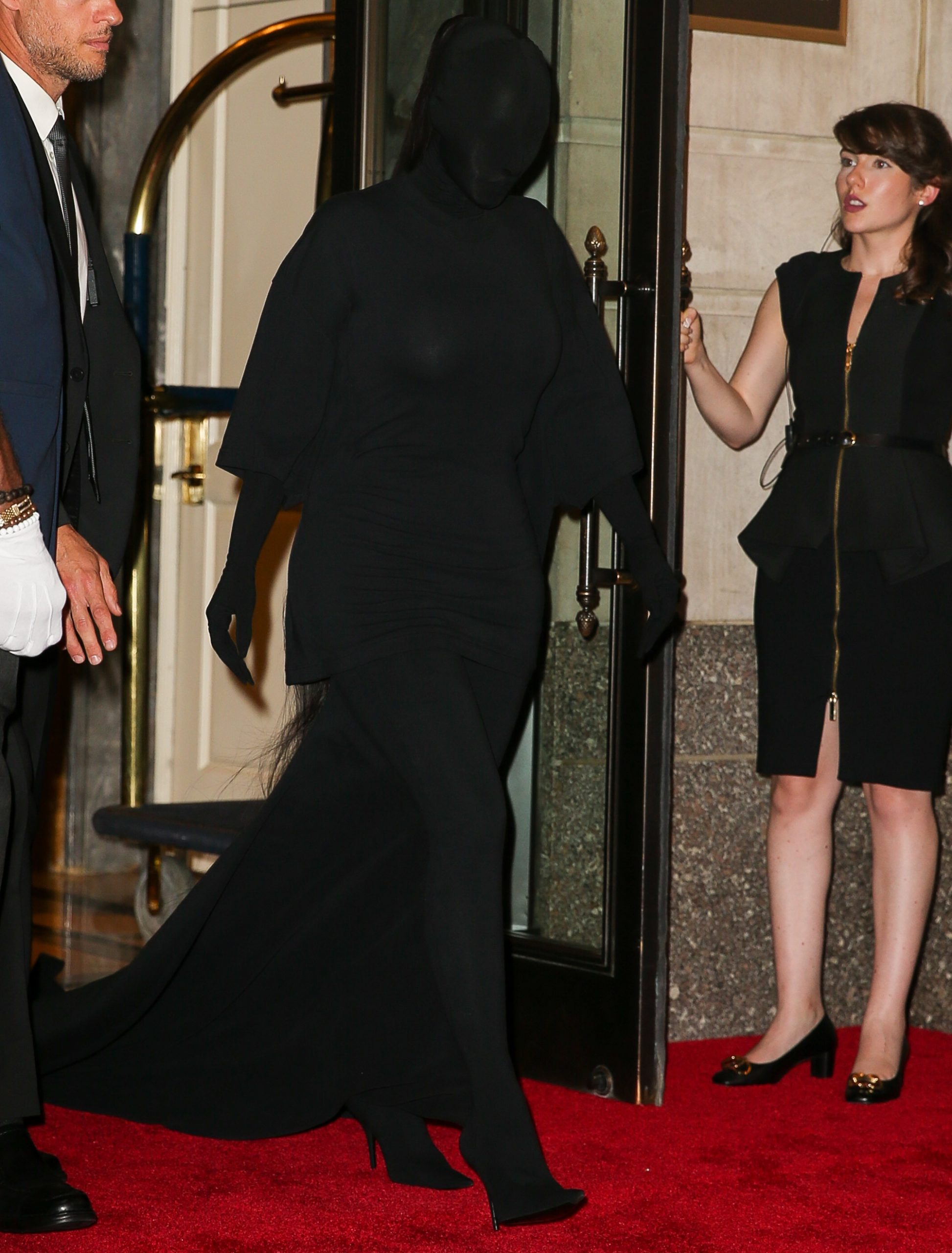 The theme of this year’s Met Gala was In America: A Lexicon of Fashion, which coincides with the opening of a two-part exhibition at the Met’s Anna Wintour Costume Center.

Earlier the same day, it was revealed that Kanye West has unfollowed her Instagram account. Kanye previously unfollowed all of the Kardashians except Kim following their split earlier this year. 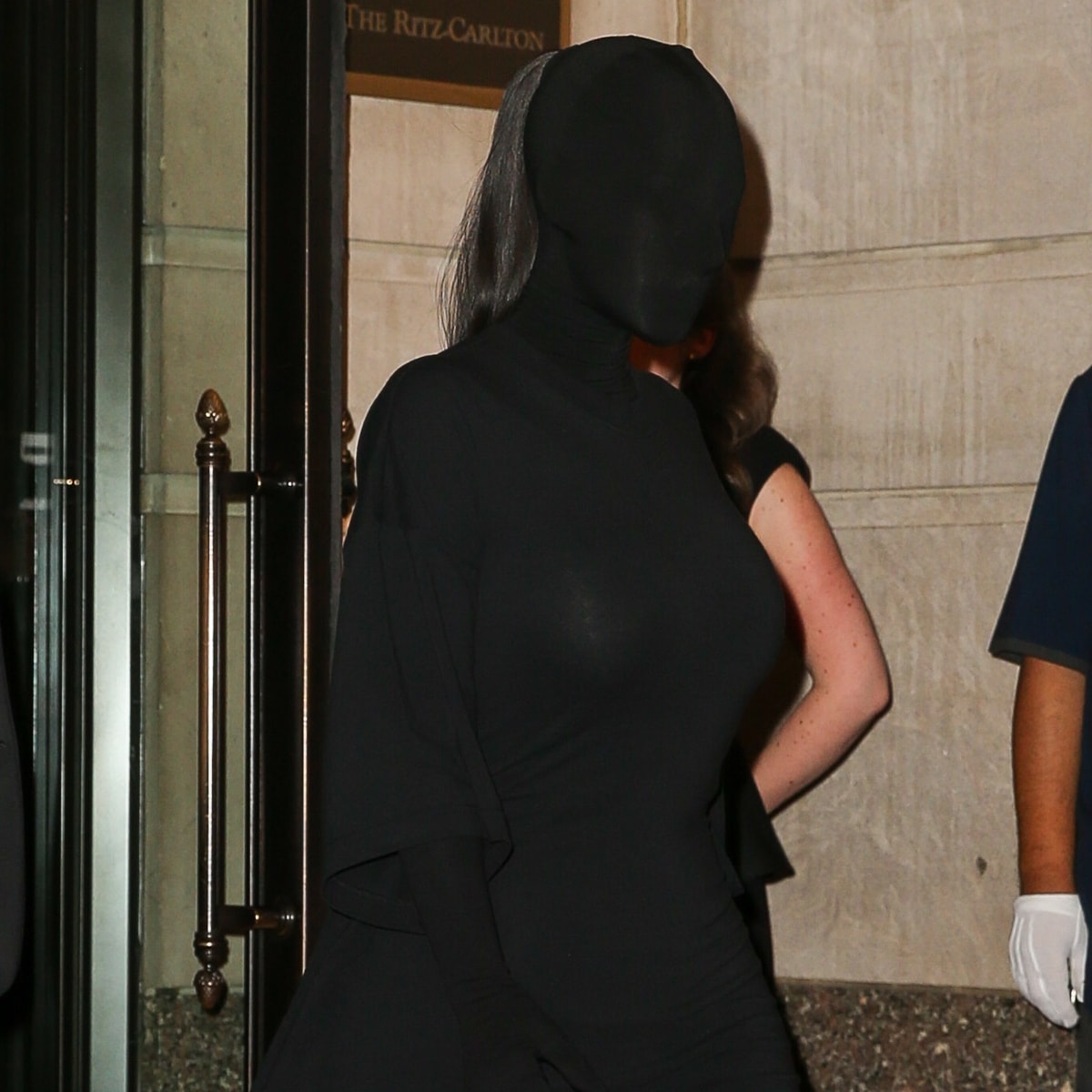 Kim Kardashian covered up every inch of skin in a burqa-inspired look by Balenciaga (Credit: WENN / MEGA)

“Even though Kanye is not attending tonight, his presence will be felt on the carpet,” a source told People about Kim’s ex-husband Kanye West.

“It was Kanye who introduced Kim to Demna and was instrumental in the newly formed relationship between her and Balenciaga.”

“This look on Kim is like a new subculture and fashion statement,” the source added. “No logo, no face, but everyone knows it’s her. Kanye gave her the courage to push creativity and people’s imagination through art. It’s the ultimate confidence.” 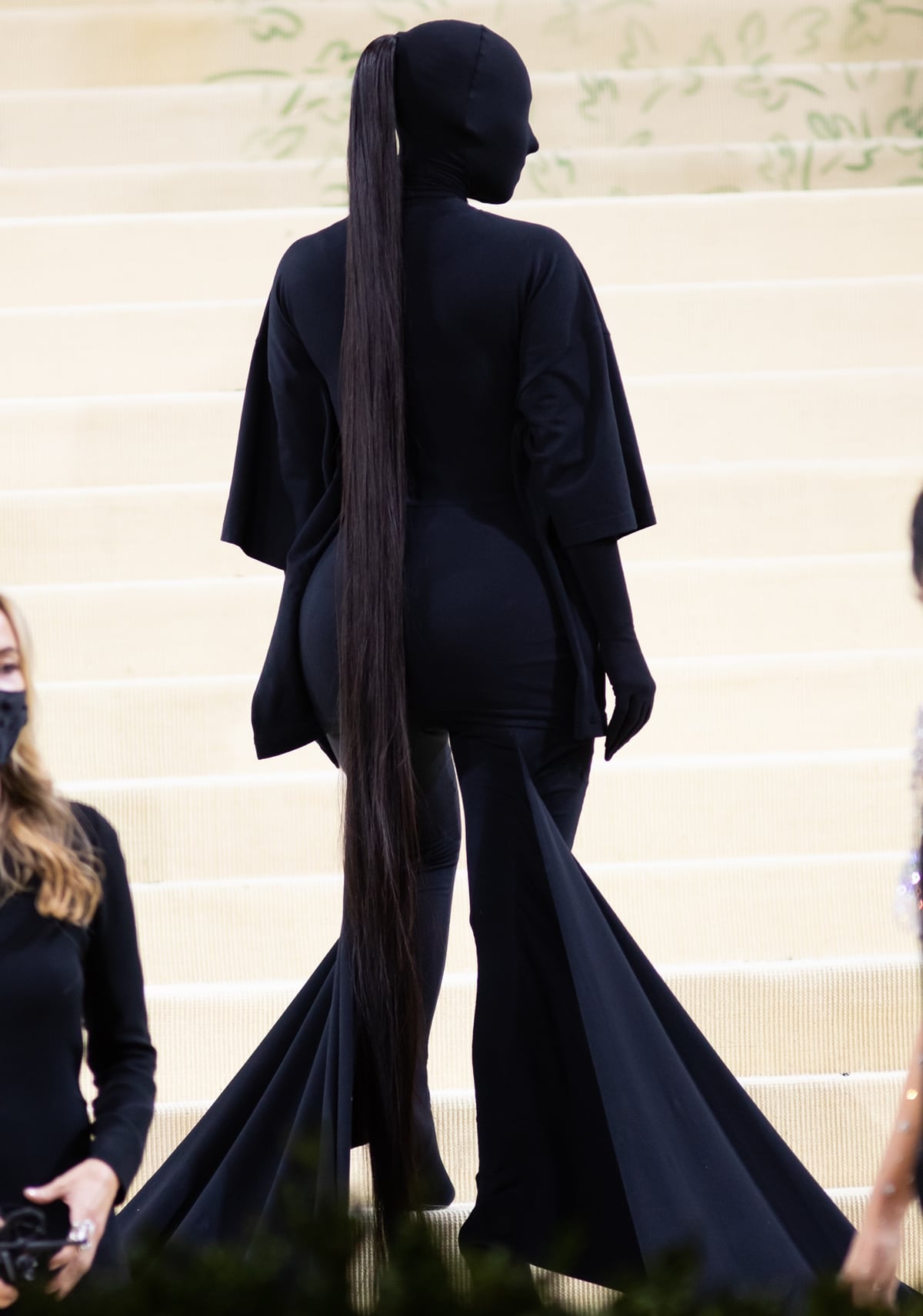 Wearing a very long ponytail, she was assisted up the stairs by a man dressed in a similar all-black bodysuit and hoodie. The wannabe lawyer was reportedly accompanied by designer Demna Gvasalia, who is the creative director of Balenciaga. 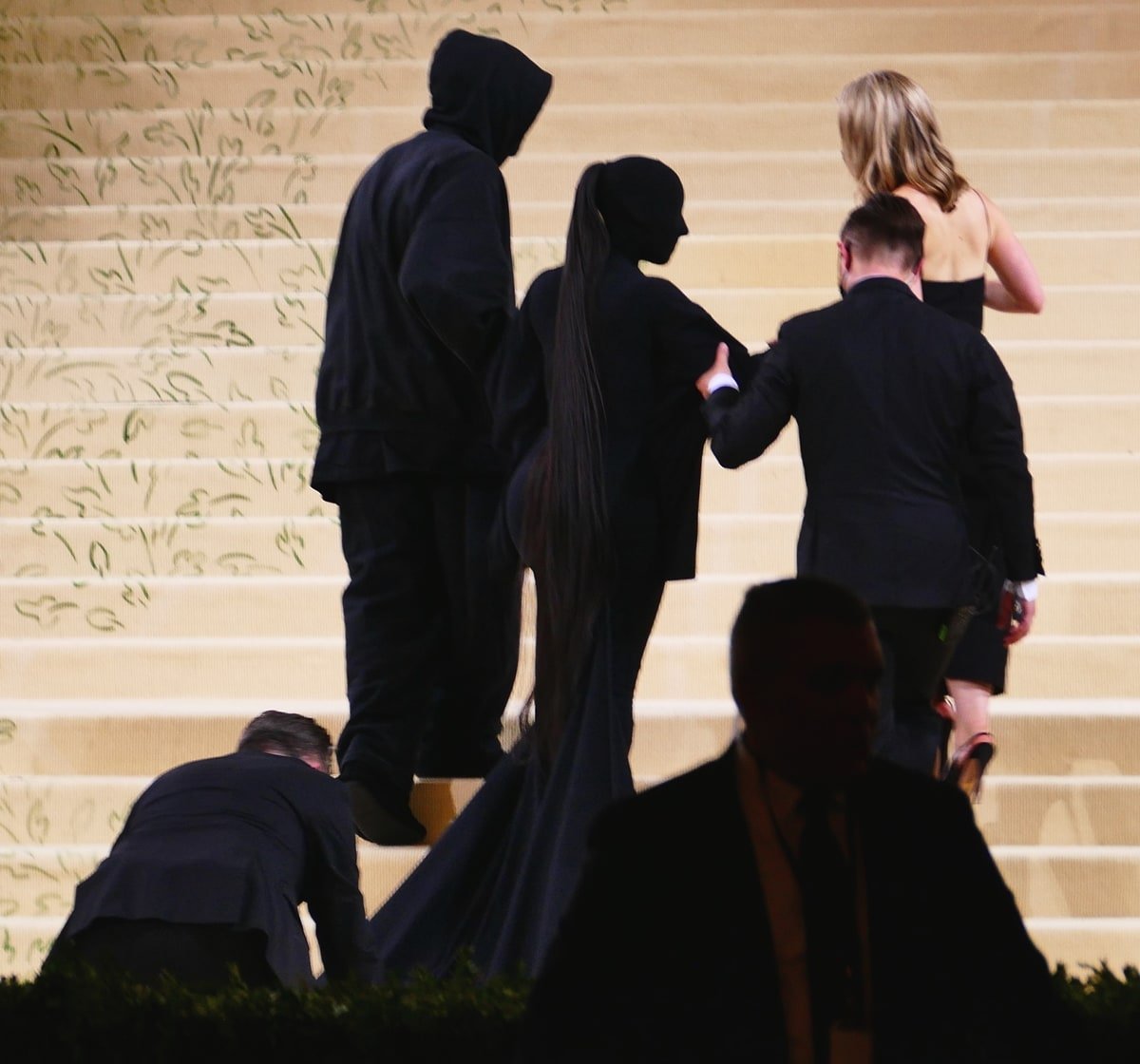 Two days earlier, the 40-year-old reality star went out for an evening of fun in Balenciaga leather pants styled with an Incognito trench coat, black sunglasses, and the label’s popular Hourglass bag. 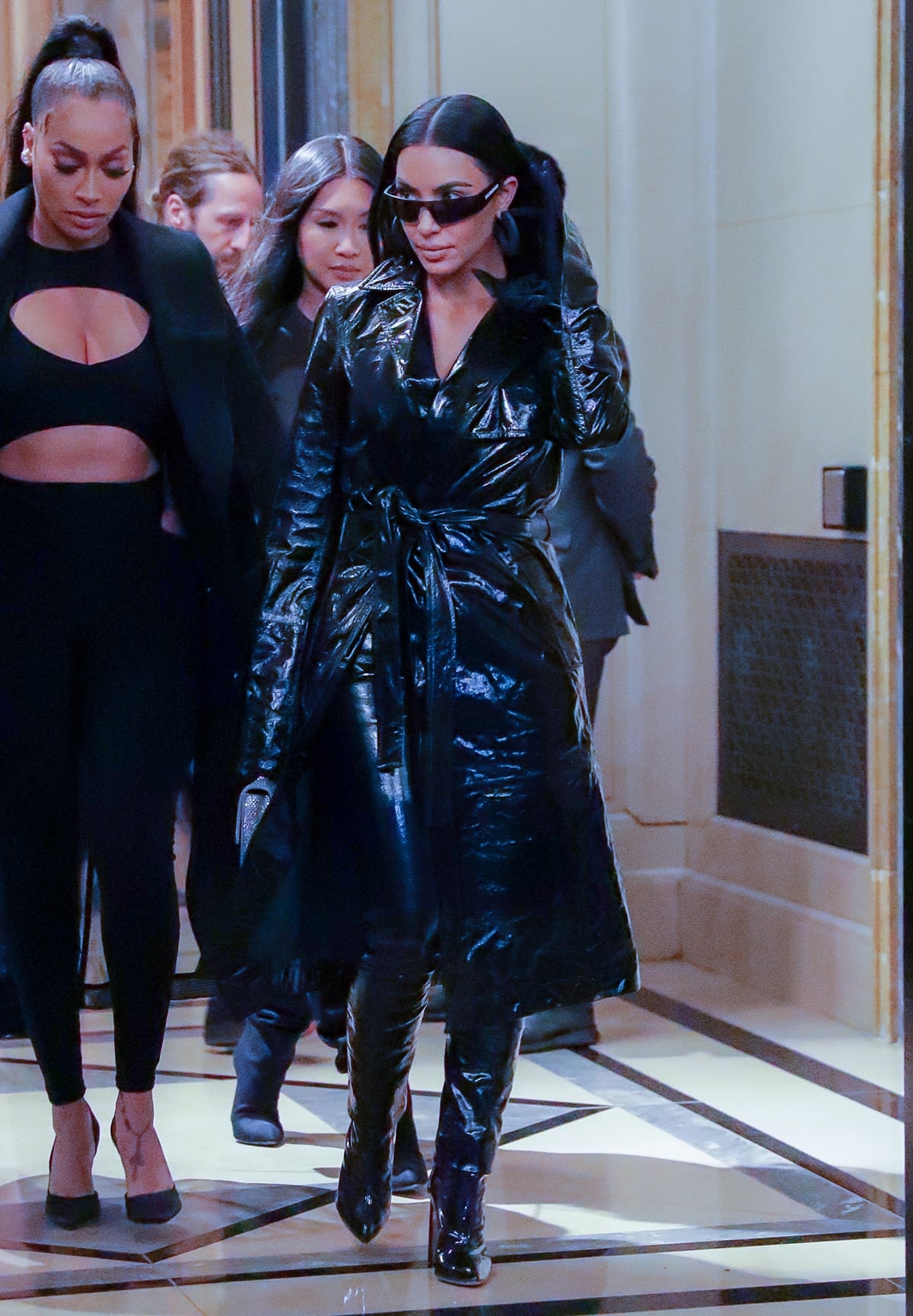 In August 2016, Kim Kardashian flaunted her killer curves and booty in a little black dress while arriving at Revolve on Melrose in West Hollywood, California. 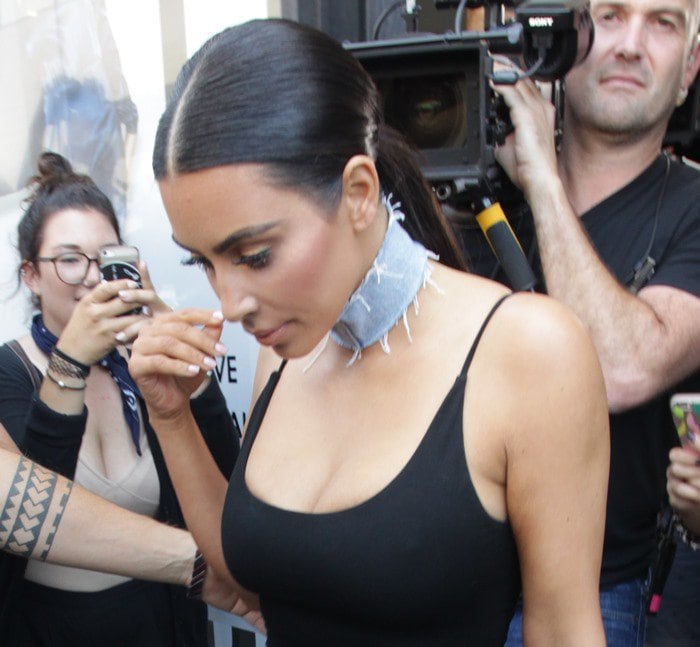 The then 35-year-old ShoeDazzle founder donned a skintight ‘Cassiar’ dress by Privacy Please that showed off her tiny waist, ample cleavage, and toned derriere. 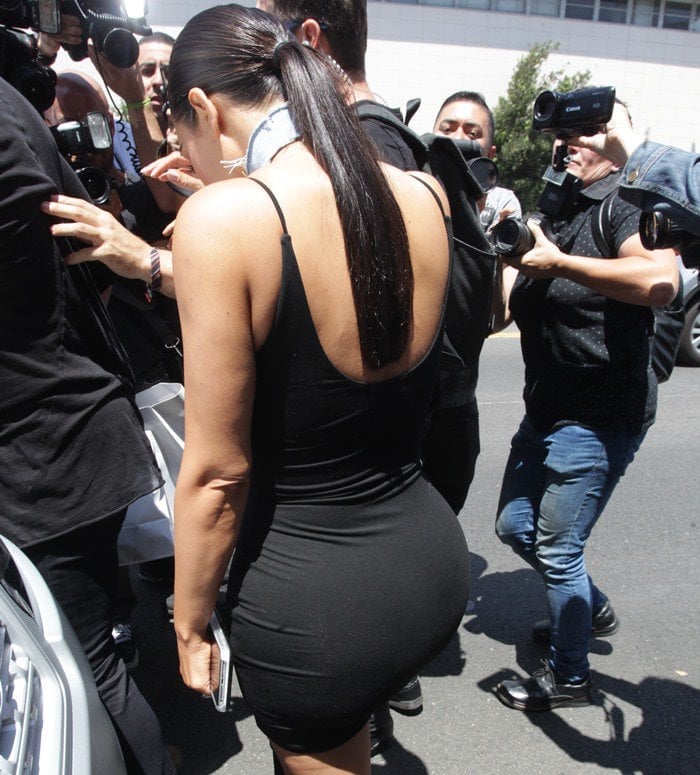 Kim Kardashian in a skintight dress that showed off her tiny waist, ample cleavage, and toned booty (Credit: WENN)

She styled the tight black dress with a distressed denim choker by Sorella and a pair of custom black Yeezy boots. 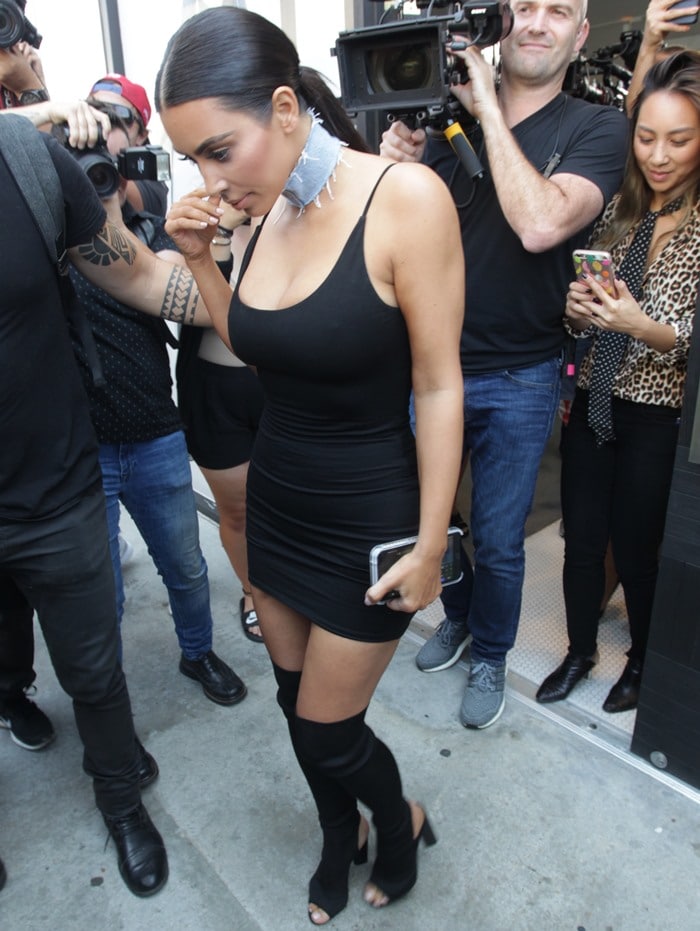 Kim Kardashian shows off her killer curves in a little black dress while arriving at Revolve on Melrose in West Hollywood on August 10, 2016 (Credit: WENN)

While her black boots were custom-made, you can get the same Italian-made boots in dark olive and gold at Farfetch. 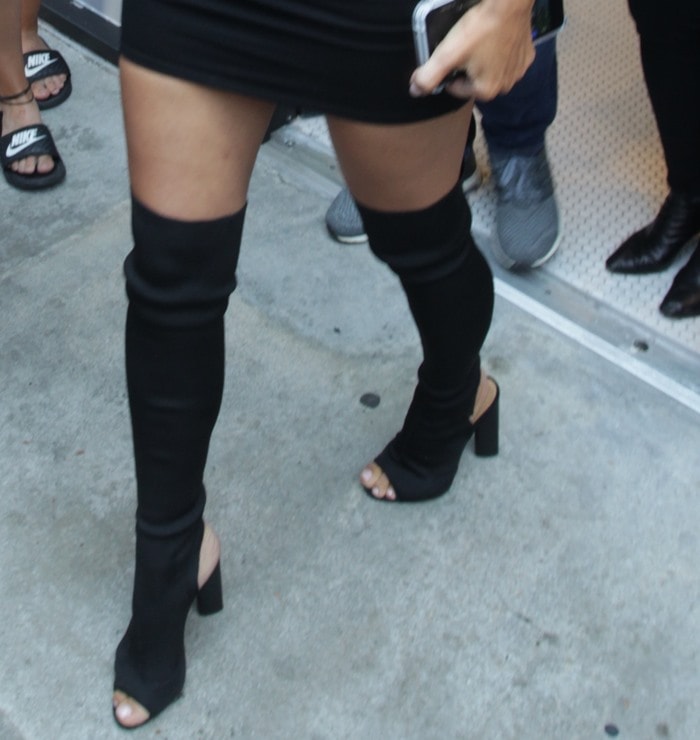 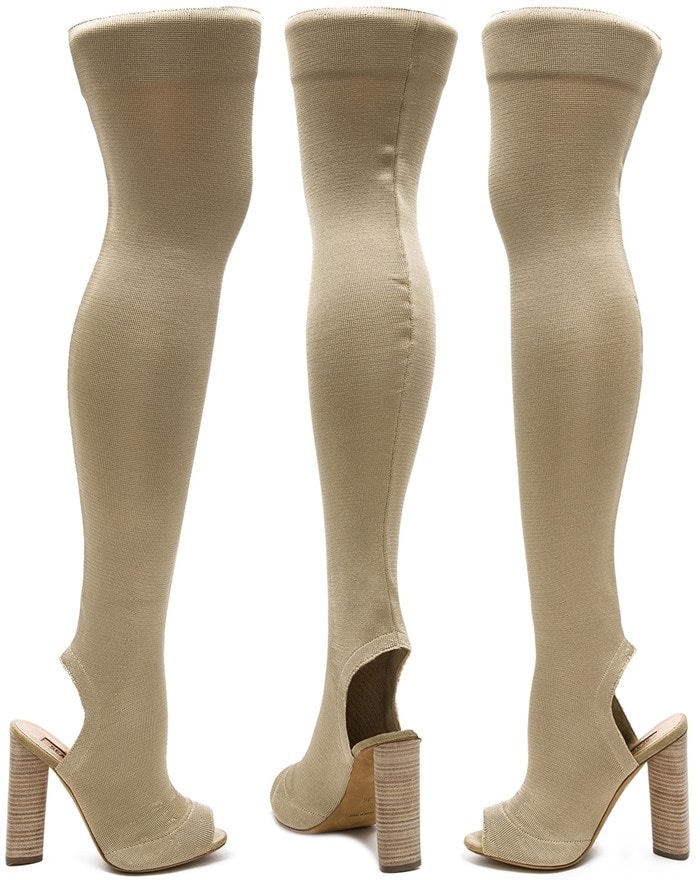 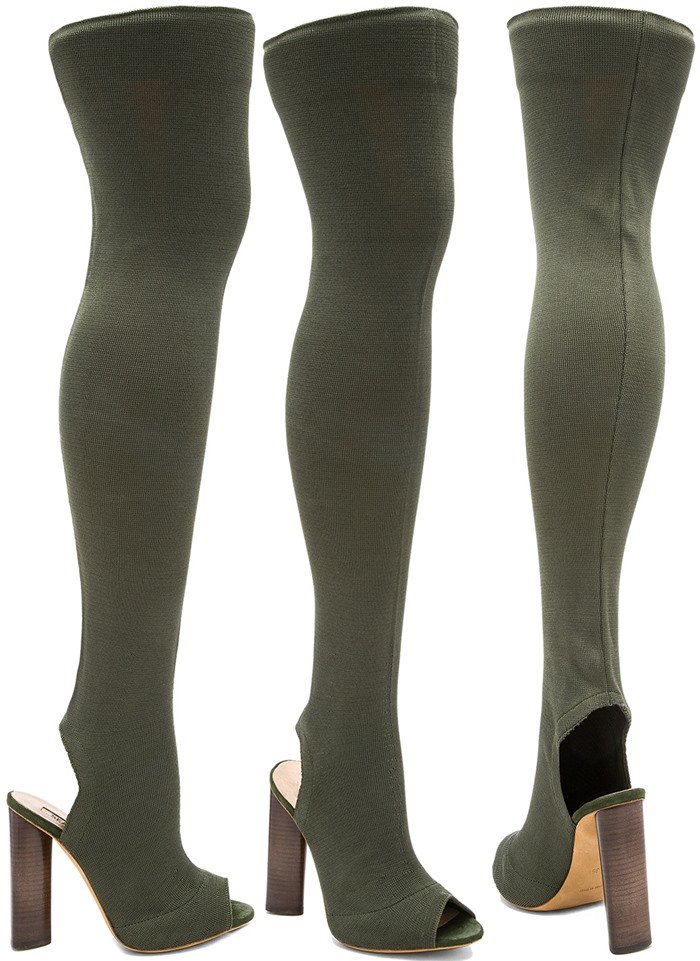