The third season of The Kelly Clarkson Show is set to premiere on September 13. And for the first time since the pandemic began, Kelly Clarkson is filming her daytime variety talk show in front of a live audience. 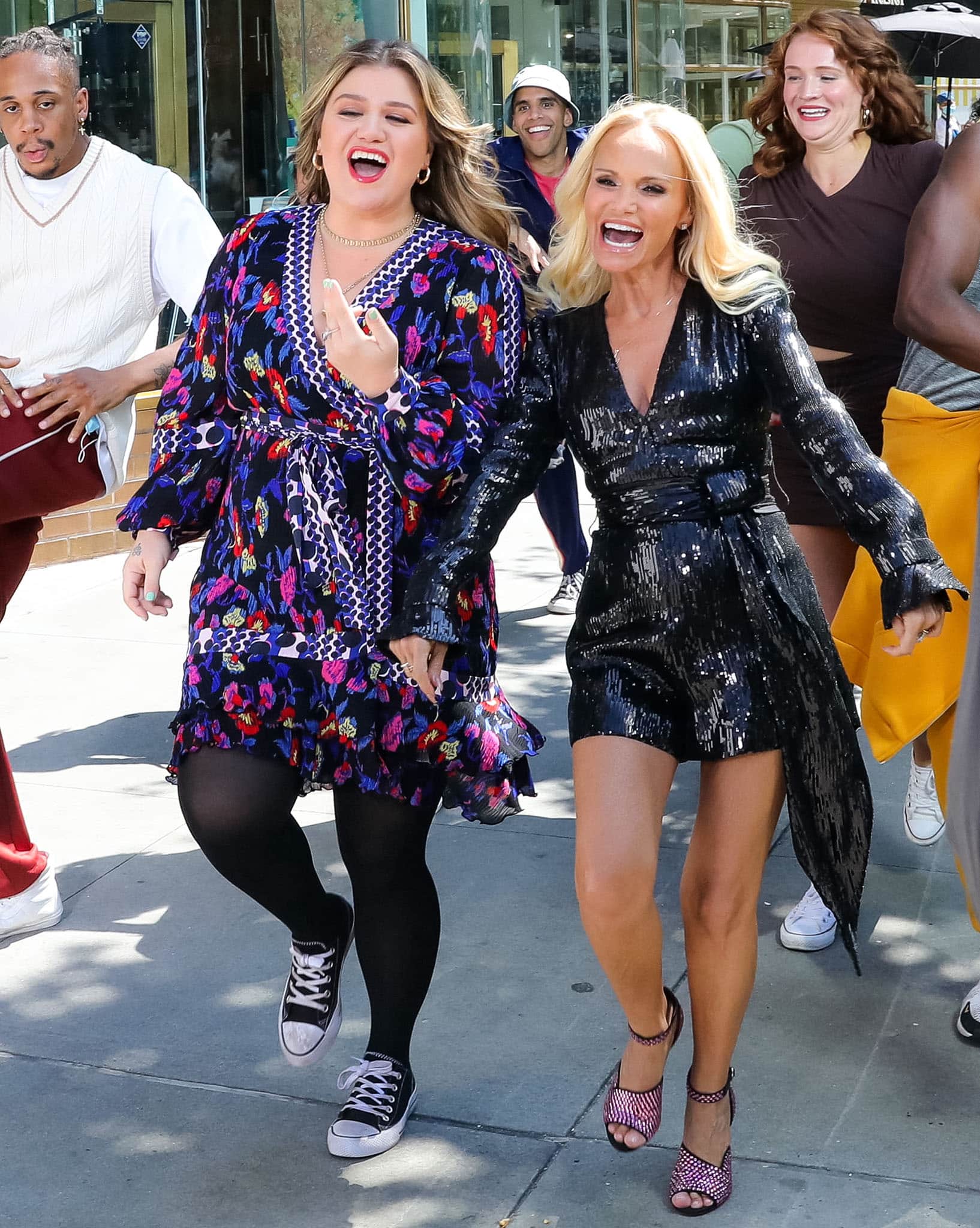 Kelly Clarkson and Kristin Chenoweth filming a music video for the season premiere of The Kelly Clarkson Show on August 24, 2021 (Credit: MEGA / WENN)

As per Deadline, Kelly will be covering Imagine Dragons’ On Top of the World for her first Kellyoke performance of the season.

The show’s premiere week will be filmed at New York’s Jazz at Lincoln Center but will later move production back to its home at Universal Studios Hollywood.

Last week, Kelly Clarkson appeared to be in good spirits while shooting a music video with Kristin Chenoweth for the season premiere of her show. 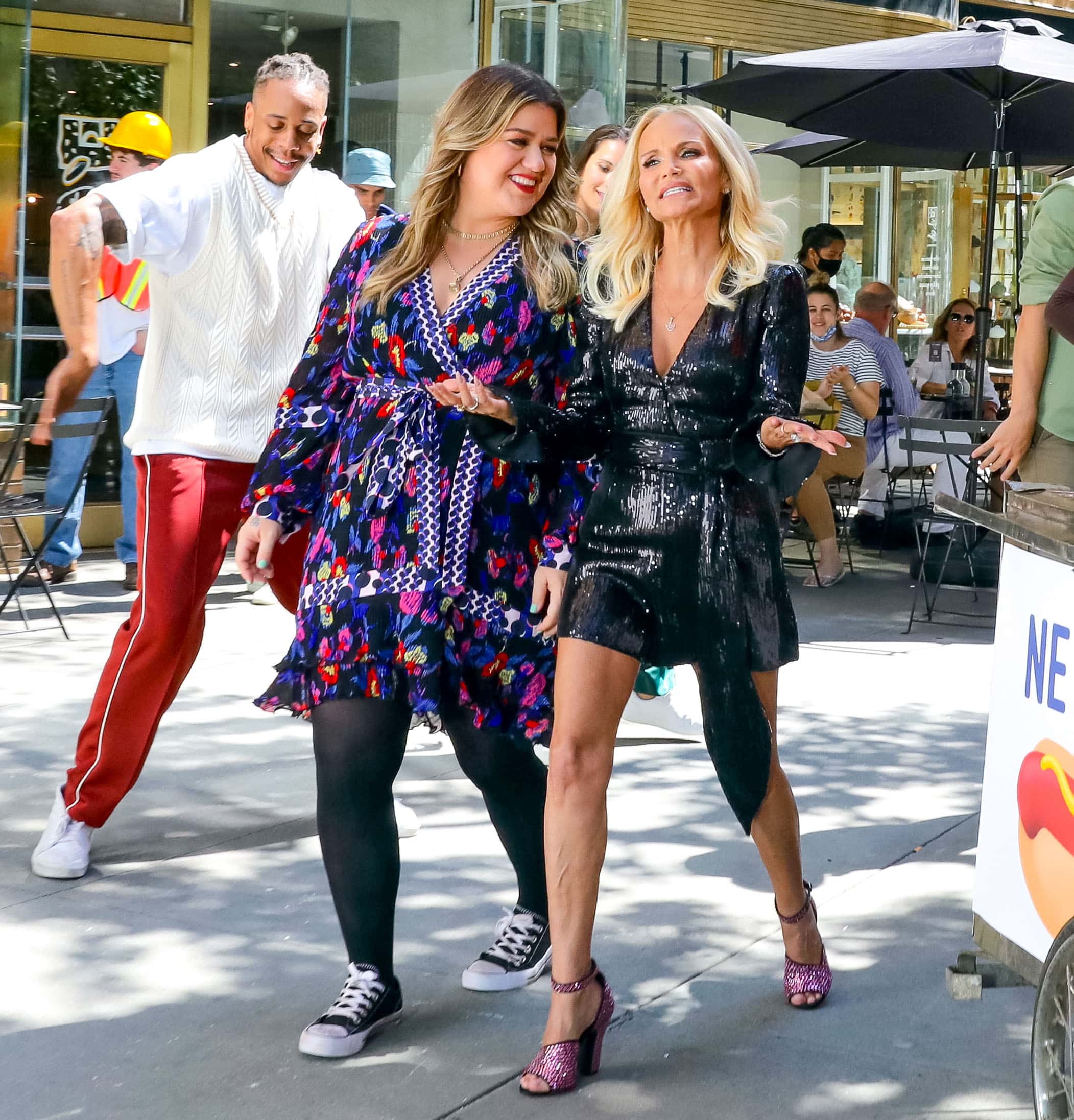 Kelly Clarkson and Kristin Chenoweth are all smiles while in the Columbus Circle subway station in New York City (Credit: MEGA / WENN)

The 39-year-old singer was all smiles in a floral-printed wrap dress from Diane von Furstenberg.

Available for $598 at Neiman Marcus, the Dvf Sol mini dress features an explosive medley of colorful floral Charlottenburg and 3D dot prints. It’s crafted from airy chiffon and has a waist tie and a tiered asymmetrical mini skirt that allowed her to showcase her legs. 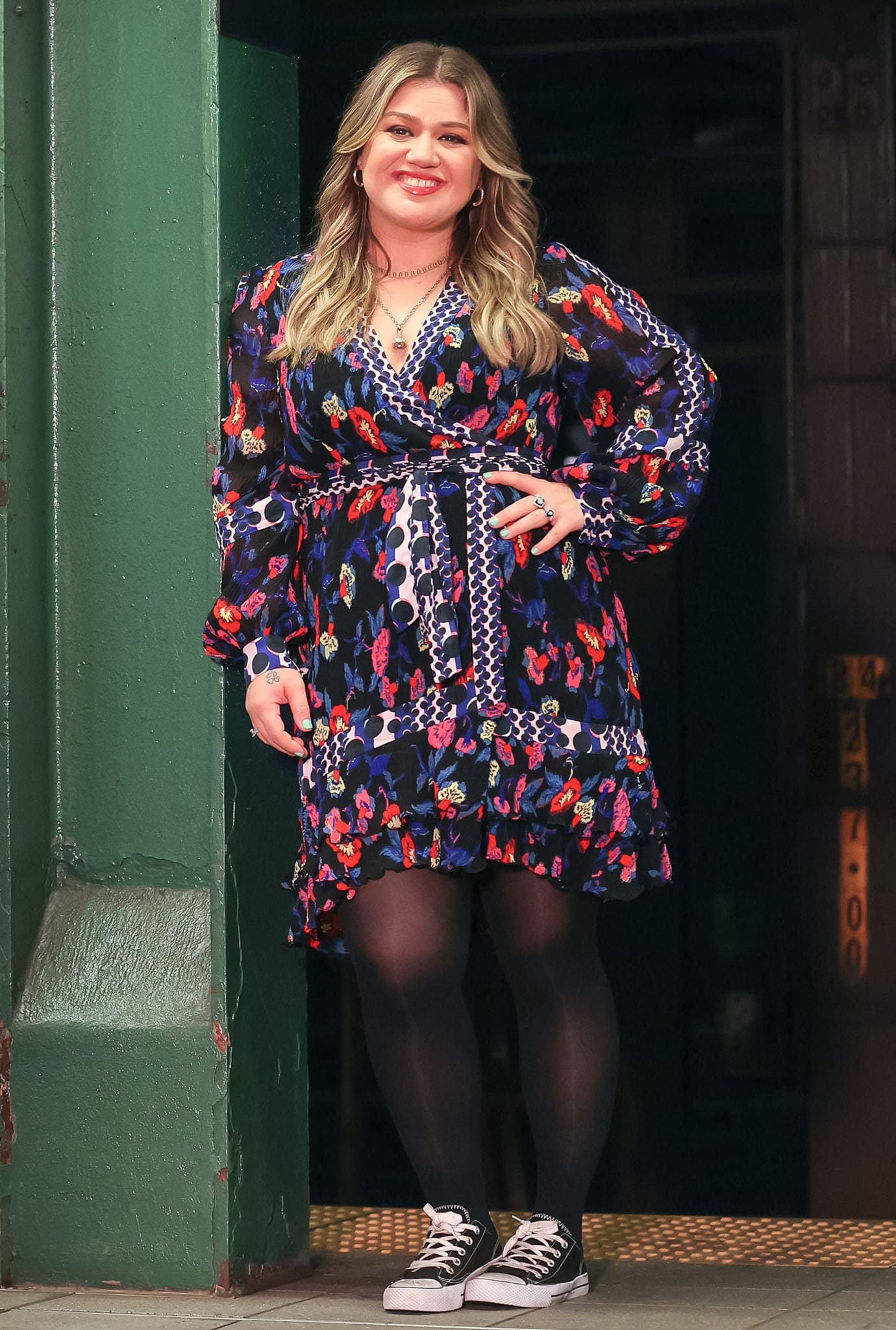 She further glammed up by styling her blonde hair into ‘70s-inspired wavy feathered-out layers and wearing bright red lip color with matching blush and eyeshadow. 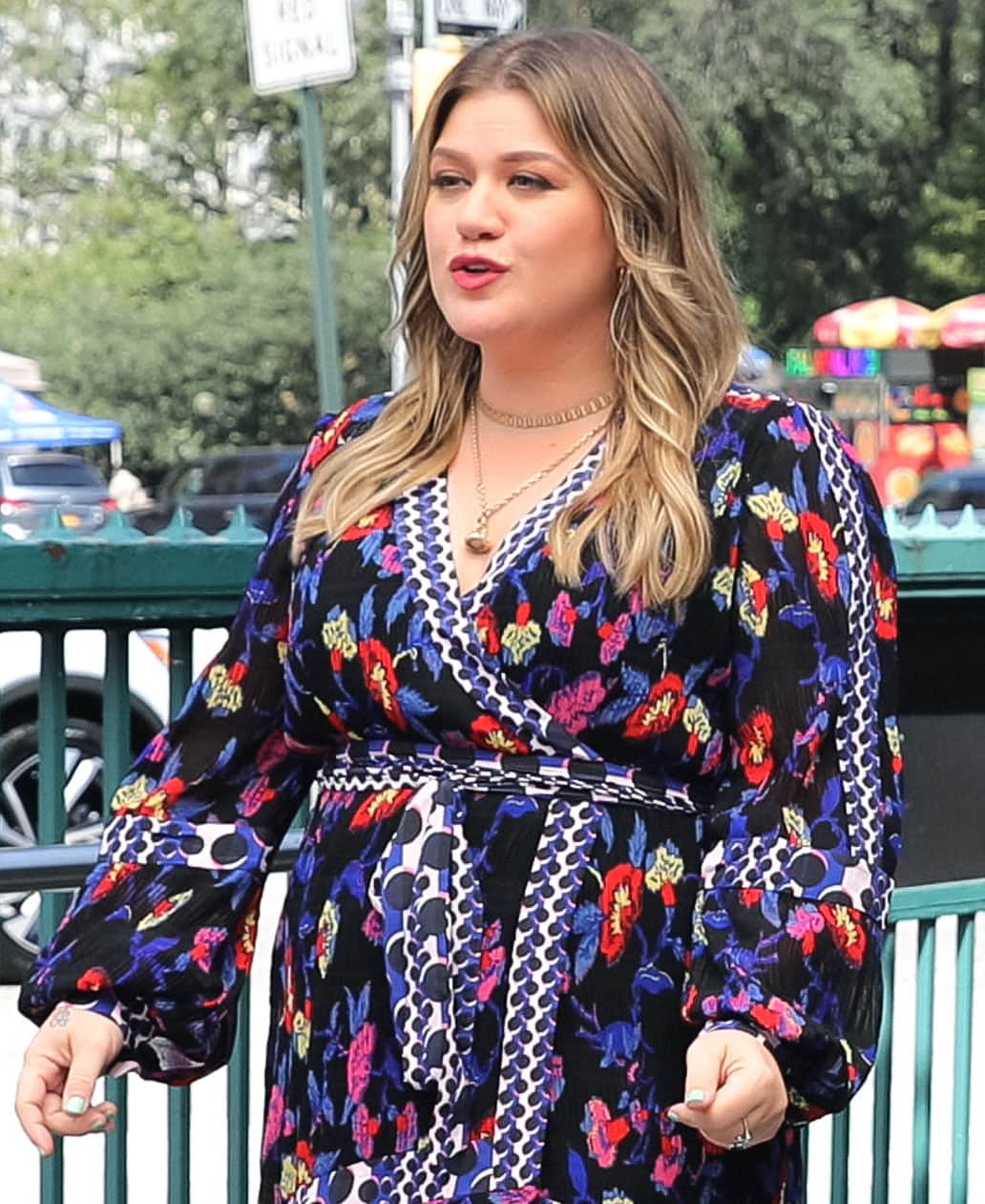 Kelly, who recently asked a judge in her ongoing divorce case to restore her famous last name amid her battle with ex Brandon Blackstock, dressed down her look by pairing her outfit with black tights and Converse Chuck Taylor sneakers.

These casual sneakers are made from durable canvas with the original rubber toe box, toe guard, tonal sidewall trim, and AllStar heel patch.

Available at Nordstrom, they also have a cushioned footbed for hours of comfort and the brand’s signature rubber outsole for traction. 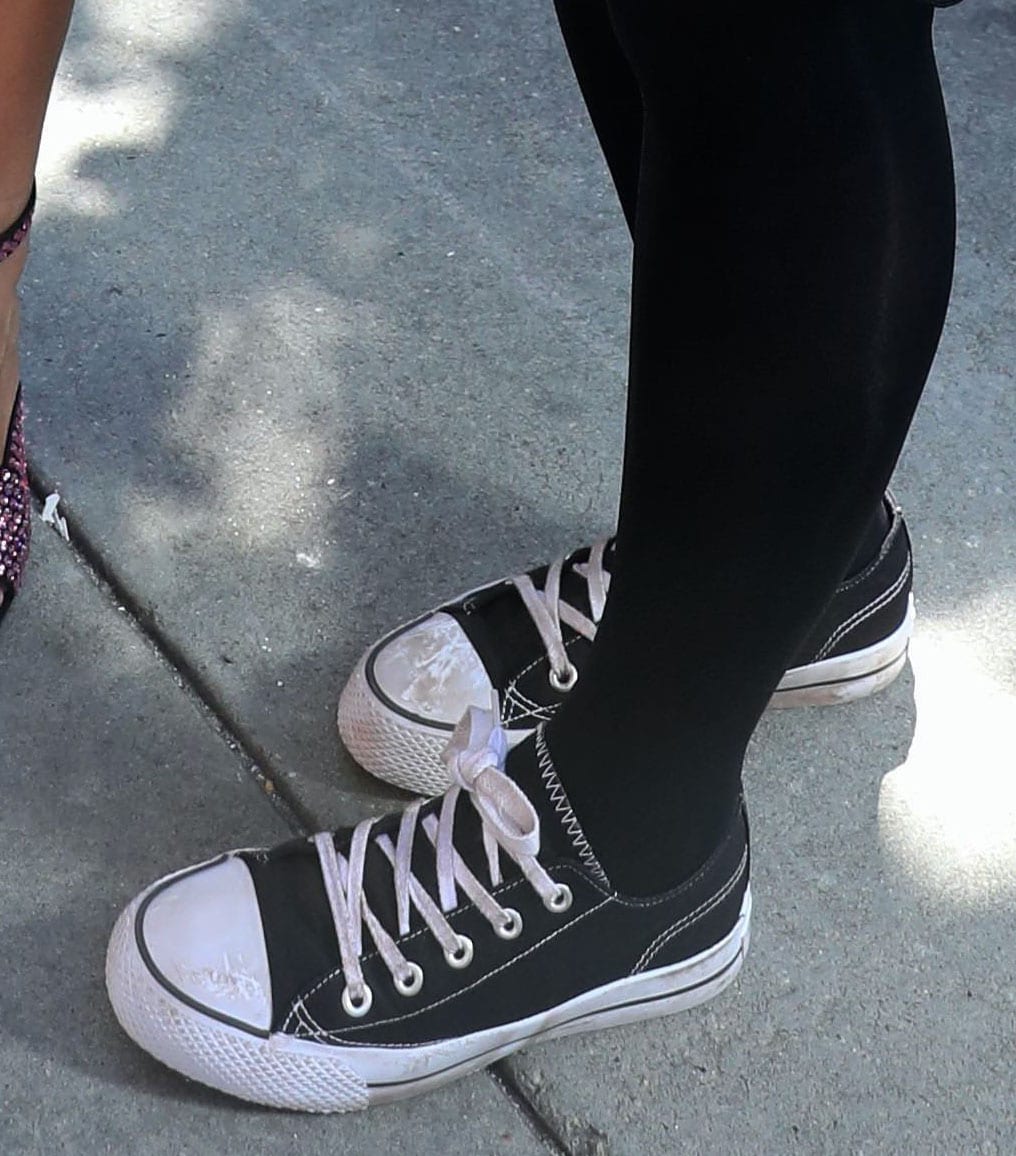 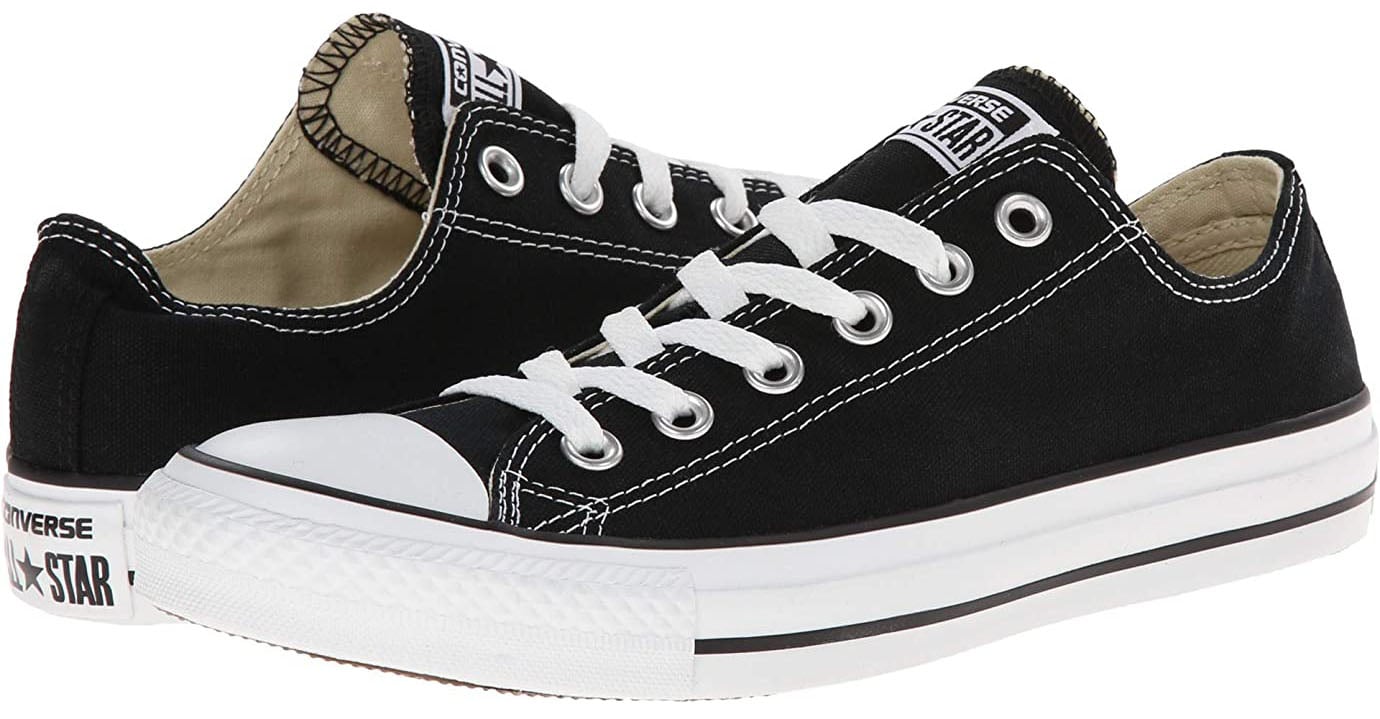 Kristin Chenoweth, meanwhile, appeared radiant in her black romper that’s entirely embellished with sequins. The American actress and singer is going to be the mentor for first-time judge Ariana Grande‘s team during the Battle Round. 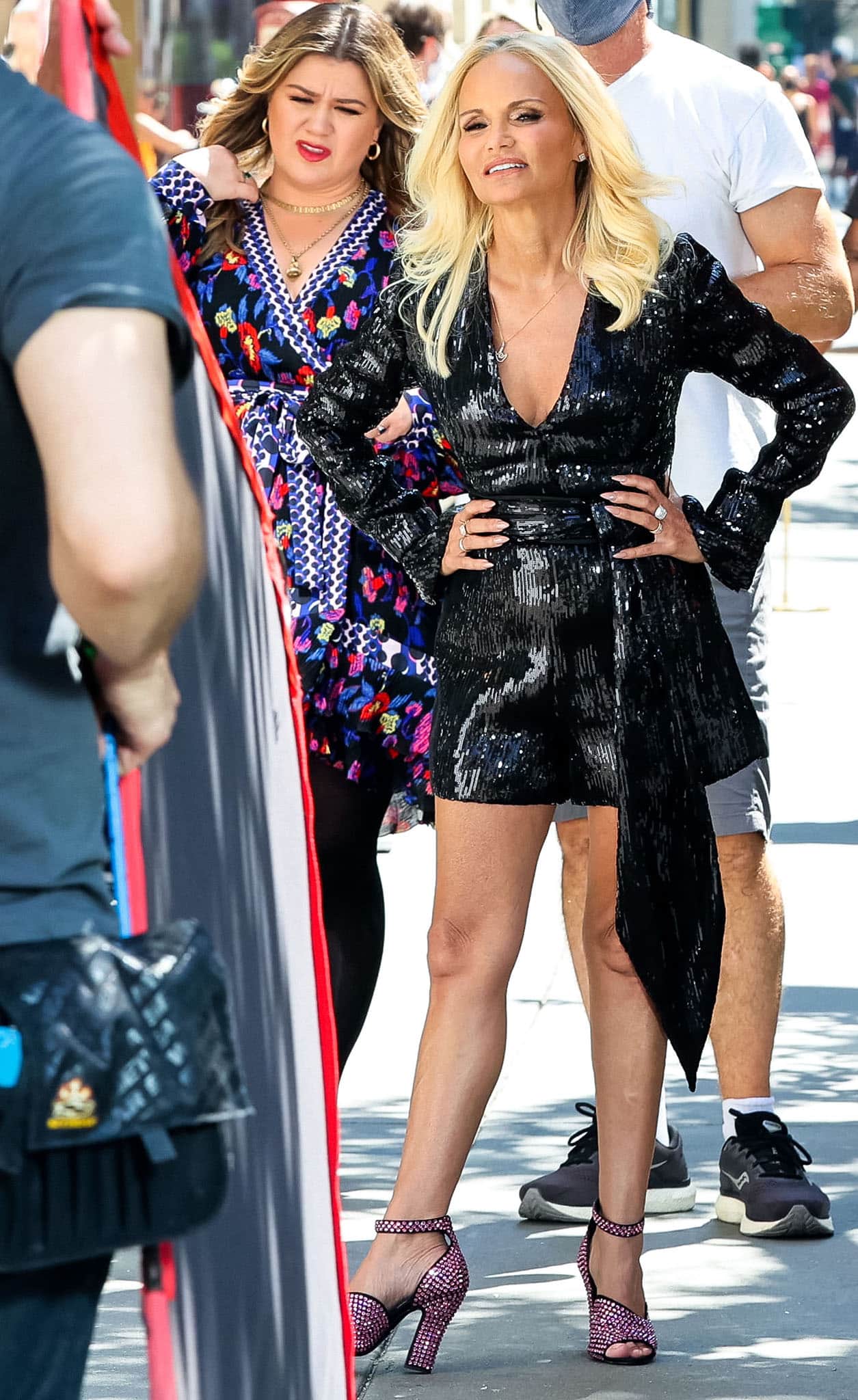 She paired her leg- and cleavage-baring outfit with pink crystal-embellished Prada heels that have an asymmetric open-toe vamp and an embellished block heel. 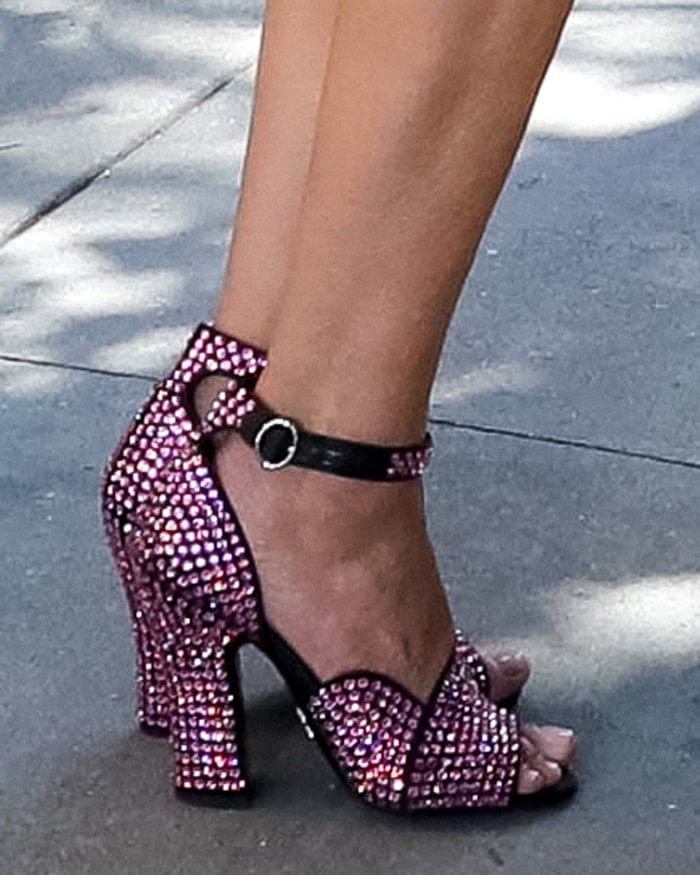