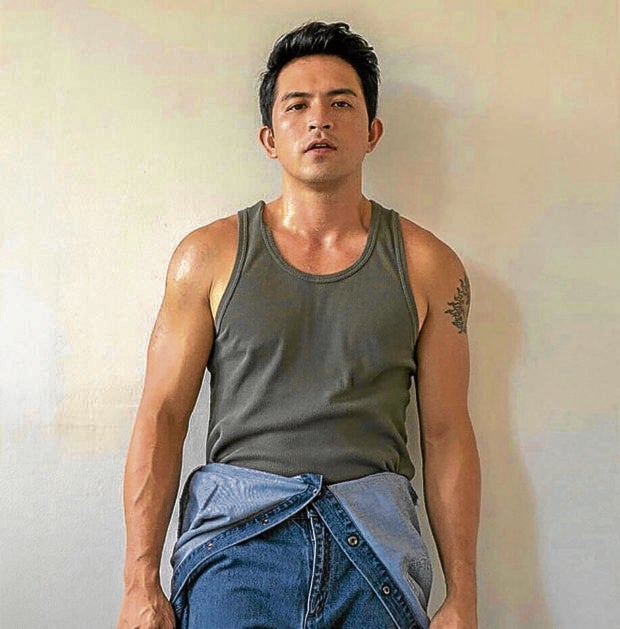 Erik Matti, director of “On the Job 2: The Missing 8,” said he asked Dennis Trillo, one of his two leads in the series, to wear a fake nose because he found the latter too handsome to play a killer wanting to break out of prison.

The series, which also features John Arcilla as a corrupt provincial journalist, will premiere on HBO Go on Sept. 12 with new episodes premiering every subsequent Saturday. It is also competing at the ongoing 2021 Venice Film Festival in Italy.

“This is a kind of material wherein you don’t audition people for major roles. Immediately, we got Dennis to be a part of it. Our problem was that he is too handsome and clean-looking to be someone who is languishing in prison,” said Erik, who attended a recent video chat with local show biz scribes while in Italy.

“Coming from ‘On the Job 1’ where we had Gerald Anderson, parang quota na ako sa mga gwapo sa loob ng kulungan. So we came up with the idea of Dennis’ character Roman sporting a broken nose. What the prosthetics did was that I brought out Roman. Looking at Dennis, you will no longer see the popular actor when he’s doing his scenes.”

Erik further said: “He’s such a revelation in this movie. He is so endearing even though he is a killer. It’s hard to explain this without spoiling anything. It’s better that you watch the series, and I tell you, you will fall in love with his character.”

Dennis admitted that wearing prosthetics had been tough while shooting. “We didn’t have air-conditioning systems in most of our set locations. I was always in makeshift prisons with 10 other people. I had to wear that thing for the whole day, but I was told I have to replace it every six hours in order to avoid my face getting irritated. I had to reapply makeup again after a short while. That, to me, was the biggest challenge. Yes, it was hard but it was all worth it,” he told Inquirer Entertainment.

Wearing a fake nose helped Dennis really get into his character, the actor added. “It made it easier for me to differentiate Roman from the other characters I’ve worked on,” he stressed. “It also helped that he was created to represent certain social issues that the film wanted to tackle. His life experiences mirror many others.’ It tells us that this could happen to a lot of us as a result of poverty. I like it that this film is sort of a stylized documentary. The audience will learn and discover a lot from watching this one.”

Dennis admitted that he wasn’t aware of being handpicked to play Roman prior to the press conference. “I just know that I’ve always been a fan of Direk Erik’s work so I told my manager that I wanted to make a movie with him. I said I’d play any role as long as it’s with Direk. It just feels good that I’m part of this project.

“It’s already a bonus that it will be showcased in another country, and that it will be accessed on TV globally, too. I guess every actor dreamed of something like this. This is it! I’ve waited for this for a long time, and now, it’s finally happening,” he beamed.

Dennis was scheduled to join Erik in Italy the day after the presscon. Sadly, he flew there on his own because his long-time girlfriend Jennylyn Mercado already has a prior commitment. “I’ll be lonely on the trip there because I’ll be flying alone. Jen is currently in a lock-in taping for a new show on GMA-7. She had wanted to go, too. She just reminded me that she’s proud of me.”

When asked to talk about their schedule at the Venice filmfest, Erik said: “I tried to read up on the activities of films like us that are part of the official selection, but I stopped halfway when I saw that there were screenings already and that they received so many good reviews. This made me feel insecure. I thought, ‘What if our first screenings fail because our file got corrupted in the middle of viewing?’”

Erik said he is obviously feeling nervous because he is “up against really established filmmakers; and films that have more popular actors, bigger budget. The only thing I’m holding on to is that our film is part of just a few films and after the premiere in Venice, we will be showing it in Rome and Milan.”

Toward the end, reporters asked Dennis what he would like for the viewers to learn from his character. To this, he replied: “I guess one of the things they can learn from Roman is that you should never trust anyone, especially when you’re in crisis. You can’t really be sure who your allies are.”

Dennis added that he hopes for the Filipino audience to feel proud of both the film and the series after watching it. “I want this to serve as a reminder that Filipinos are capable of raising the quality of their products, especially in filmmaking; and that this is also the perfect vehicle to showcase our talent to the rest of the world.”

“On the Job 2: The Missing 8” is the sequel to the 2013 action film starring Piolo Pascual, Gerald Anderson, Joey Marquez and Rayver Cruz.

As an HBO Asia Original series, it was conceptualized as a six-episode show, wherein an abridged version of the original film will be streamed as Episodes 1 and 2.

While the movie shines a light on criminal syndicates that employ prisoners (like Roman) to carry out assassinations and their ties with powerful people in the military and the government, the series adds another sinister layer to the world that Erik envisioned in his film. As a group of journalists suddenly go missing in the town of La Paz under highly suspicious circumstances, the series tackles the real-world issues of press freedom, corruption in the media and how the dangers that come with exposing the misdeeds of people in power can sometimes cost your life.

Scene from “On the Job: The Missing 8”